1. What regulations prevent compensation being given to employees of the Winnipeg post office who were not given civic holiday as a holiday with pay in August, 1949?

2. When were such regulations passed, and by whom were they made?

3. What period did such regulations cover, and are they still in effect?

1. The Civil Service Act (section 45) provides that any day appointed by proclamation by the governor in council may be observed as a holiday.

2. In 1949 the proclamation provided that the holiday applied to Ottawa.

3. Advice has been received from the civil service commission that in the calendar year 1950 any day proclaimed by the governor in council, designated as civic holiday in a particular locality, will be observed as a holiday by postal employees and other civil servants in that locality. 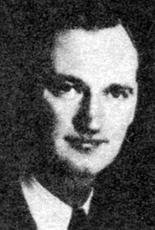 1. What was the total revenue collected by the

federal government from persons resident in the province of Nova Scotia in the fiscal year 1949-50, as direct and indirect taxes? .

2. What was the total expenditures of the federal government in the province of Nova Scotia in the fiscal year 1949-50, including direct payments to the provincial government and to individual residents as well as assistance to agriculture and industry?

1. $31,178,000 (estimated). Customs duties and excise taxes on imports are not included as such figures are only available by ports of entry which is no indication of the point of consumption.. If customs duties are apportioned on the basis of population Nova Scotia's share would be approximately $11 million.

(a) The more general types of budgetary expenditures which are made for the benefit of the country as a whole and which are of direct benefit to all provinces. In this category are the expenses of the central legislative body and of the financial and administrative departments at Ottawa, research activities of the national research council and other bodies and commercial activities of certain government companies.

(b) Payments to the majority of suppliers of goods, as the payments are in many cases made to the head office of the company and therefore do not lend themselves to an accurate segregation by provinces.

(c) Purchases by government agencies on behalf of the United Kingdom and foreign governments. These purchases are financed partly through loans from the federal government.

PURCHASES OF LIVESTOCK IN THE UNITED STATES 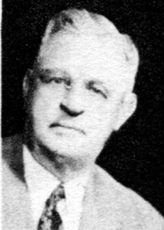 1. How many Canadians purchased livestock in the United States in the year 1949?

2. What was the amount of money expended in; these purchases?

Topic:   QUESTIONS PASSED AS ORDERS FOR RETURNS
Subtopic:   PURCHASES OF LIVESTOCK IN THE UNITED STATES
Permalink

1. What was the total amount of the travelling expenses and allowances of all officers and employees in connection with civilian defence during each of the fiscal years 1948-49 and 1949-50?

2. What was the largest individual amount expended in each of said years?

1. What was the cost of public works in each of the ridings in Newfoundland during the fiscal year ending March 31, 1949?

2. What amounts were spent for (a) wharves; (b) breakwaters; (c) dredging?