Mr. Speaker, I wish to make a brief statement about the president of the Canadian National Railways. Yesterday I refrained, and I urged my colleague, the Minister of Transport (Mr. Chevrier), to refrain from any reference to Mr. Donald Gordon, because I did not believe any further discussion about his position would hasten the passage of the legislation we were considering. Certain demands have been made of the government from outside the house which I regret to say found some echo here. Therefore I believe it is in the public interest to state the position of the government.

The Canadian National Railways belong to the people of Canada^ and the only justification for their existence as a national system is the service they give to the people of the nation. The government was delighted when Mr. Donald Gordon agreed to become president, because during the war years and since he had given ample proof that he understood what was meant by putting in first place the service of the Canadian public. No doubt he would be the first to admit that he is not perfect, and that, like the rest of us, he sometimes makes mistakes; but I am convinced that every decision he has made was taken because he believed it was his duty to the public to act as he did.

In the present labour dispute the government, out of respect for the loyalty to one another of the members of the unions concerned, treated them all alike, though it was impossible to find any other vital national interest for doing so. I cannot believe that those who have been attacking Mr. Gordon really expect the government to feel any less loyalty to a faithful public servant than the members of the unions feel to one another. But lest anyone may believe we do,

I want to make it perfectly clear that the government has undiminished confidence in Mr. Donald Gordon's devotion to the public interest and in his capacity to administer the national railway system, and that we hope to see him continue to do so for a long time to come.

Before we proceed with the special order I want to direct a question to the Minister of Justice. In view of the fact that the Criminal Code of Canada has been in effect in Newfoundland since August 1, when does he propose to have the five district court judges appointed?

The matter is under consideration, Mr. Speaker, and an announcement will be made in due course.

Tuesday last a motion was passed concerning the sitting hours of the house. Is it still the intention to sit on Saturday? I realize that this was definitely decided by the resolution which was adopted by the house, but since Bill No. 1 has been disposed of, I was wondering whether that decision might be reconsidered.

The government has given no consideration to asking the house to rescind the resolution that was adopted. The information that has come to me rather generally is that hon. members would wish to sit on Saturday and also on Monday. 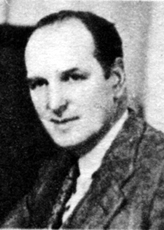 In view of the recent disruption of continuous transportation connections between Prince Edward Island and the mainland, which were guaranteed by confederation, will the government

The Address-Mr. Cannon consider ways and means of preventing such disruption of vital services in the future?

I shall be glad to bring the subject matter of my hon. friend's question to the attention of my colleagues and see that the position is fully explored and considered.