VISITORS IN GALLERY-PRINCIPAL AND STUDENTS OF HAWKESBURY FRENCH HIGH SCHOOL 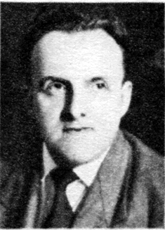 Mr. Speaker, on a question of privilege, I should like to welcome today from the floor of the house the principal, Mr. Jean-Louis Cloutier, and students of the Hawkesbury French high school, now sitting in the ladies gallery.

Mr. Speaker, by leave of

the house I wish to move:

That the annual report of Trans-Canada Air Lines for the year ended December 31. 1950, tabled on March 19, 1951, and the auditors' report to parliament for the year ended December 31, 1950, In respect of Trans-Canada Air Lines, tabled on March 20, 1951, be referred to the sessional committee on railways and shipping owned, operated and controlled by the government.

TABLING OF BUDGETS FOR 1951

REFERENCE OF ANNUAL REPORTS, BUDGETS AND CERTAIN ESTIMATES TO RAILWAYS AND SHIPPING COMMITTEE

By leave of the house I wish to move:

Vote 501-Maritime Freight Rates Act-payment of twenty per cent reduction in tariff of tolls to Canadian National Railways and other railways operating in territory fixed by the act,

And that the resolution passed by the house on March 12, 1951, referring certain estimates to the committee of supply, be rescinded in so far as the said resolution relates to votes Nos. 493, 495 and 501.

That the name of Mr. Cleaver be substituted for that of Mr. Clark on the special committee on railways and shipping.

for leave to introduce Bill No. 195, to amend the Consumer Credit (Temporary Provisions) Act.