CANADA CEMENT PLANT AT HAVELOCK, N.B. REFERENCE TO REMARKS IN DEBATE ON APRIL 23 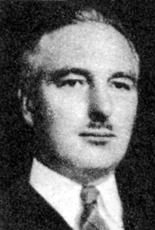 Mr. Speaker, I rise on a question of privilege. The hon. member for Royal (Mr. Brooks) is recorded on page 2273 of Hansard as having said:

Only last year it was decided to build a cement factory in my constituency of Royal, at a place called Havelock, with the result that today the Canada Cement Company is building a plant there.

RECRUITING OF WOMEN FOR REGULAR AND RESERVE FORCES

On the orders of the day: '

I should like to direct a question to the Minister of National Defence. Has the minister's attention been called to a press dispatch carried in the Montreal Gazette this morning to the effect that his department intends to organize a women's division in the R.C.A.F.? If that is correct, will the minister indicate why these announcements are not made to the house rather than to the press?

Mr. Speaker, the answer to the first question, as to whether my attention has been called to this press dispatch, is yes. The answer to the second question, as to whether it is in accordance with the intention of the department, it is partly so, and I shall explain that in a moment. The third question was: Why are these announcements not made to the House of Commons rather than through press statements? Whenever it is possible they are made to the House of Commons. There was no announcement made through any press statement, but there was some intelligent

speculation on the part of the press, based on an article in an R.C.A.F. publication, which was prepared even before the decision had been made to have some women in the armed forces.

My intention was to make a statement about this when the defence estimates came up for consideration. Hon. members will recall that the Prime Minister suggested on April 11 that this might take place on April 12, very nearly two weeks ago. I was prepared to make a statement on this subject at that time which would have prevented the intelligent anticipation of this by the press. Since the question has been asked, perhaps I might be permitted to make that statement now, because it is a matter of widespread interest. This is what I had intended to say on April 12:

Experience in the last war demonstrated that there were a number of jobs in the armed forces which could be filled very satisfactorily by women, but it was recognized that there were disadvantages connected with their employment in peacetime in relatively small armed forces. For one thing the career opportunities were not likely to be great enough to attract women having the necessary qualities of leadership to meet a large increase in the event of war.

For this reason following the conclusion of hostilities the women's corps in the Canadian navy, army and air force were not set up as part of the new peacetime forces.

But now, with the expansion of our armed forces, there is a real need for a limited number of women to carry out duties for which they are specially fitted.

In all three services there are a number of such duties which experience has shown can be done as well or better by women than by men. Clerks and stenographers are obvious illustrations. There is also a whole new group of occupations related to radar and communications. Ground control of ships or aircraft or anti-aircraft guns requiring the use of radar involves, in addition to the operators themselves, personnel to compute the course of the moving ships or aircraft. Moreover, today practically all non-operational telecommunications are carried on by teletype. Active and reserve units are hooked up in nation-wide networks involving the employment of large numbers

Inquiries of the Ministry of skilled personnel. A large part of this work can be very well done by women.

Further, in the event of a general war, manpower shortages would make it essential to employ women on an even larger range of duties in the armed forces for which it would be desirable now to have a relatively small nucleus.

Accordingly, we have decided to recruit a limited number of women for the regular air force and for the reserve forces of the navy, army and air force.

It is not expected that there will be separate corps or establishments for women at the outset. In a unit or formation they will fill a place normally filled by a man.

No women will be enlisted to do clerical work at headquarters. So far as possible we will continue to have this work done by civilians.

It is expected that recruiting will commence this summer.

INQUIRY AS TO INTRODUCTION OF AMENDMENTS

I should like to direct a question to the Minister of Transport, arising out of a Canadian Press dispatch in this morning's Gazette to the effect that the railways have applied for a further fourteen or fifteen per cent increase in freight rates. Can the minister indicate whether the proposed amendments to the Railway Act will be introduced during the present session, or in any event before the board of transport commissioners disposes of the new application of the railways for a further increase in freight rates?

The hon. member was good

enough to send me notice of his question, but I received it just as I was coming into the house. The committee in the Department of Transport that is dealing with the amendments to the Railway Act has not yet completed its studies; therefore the government has not had an opportunity to deal with the draft legislation. I hope, however, that it will be possible to introduce the amendments during this session.

I should like to ask the Minister of Agriculture a question with regard to the cattle in my district that have reacted to the tuberculin test.

The farmers have not yet been paid for the animals that have been condemned. It is now six months or more since the test was made. Many of the farmers had to replace the cattle and borrow the money to do it. Why has this money not been available?

I shall get the information necessary to answer the question, and will give the answer tomorrow or the next day.

INQUIRY AS TO INTRODUCTION OF LEGISLATION AT PRESENT SESSION