You are not asking a question; you are making a statement.

This is the first time that I have heard of the situation in Toronto. Be assured that I will look into it and do my best for that grand city.

You had better come down this week end.

May I direct a question to the Minister of Justice? Will the placing of newsprint under government control, as announced a few days ago by the Department of Defence Production, affect in any way the right of the combines investigation commissioner to inquire into that industry if he wishes to do so?

My hon. friend has given me no notice of this question; therefore I had better take it as notice and bring down an answer tomorrow.

Mr. Robert McCubbin (Parliamentary Assistant to the Minister of Agriculture):

Yesterday, the hon. member for Huron North (Mr. Cardiff) asked the Minister of Agriculture a question which I should like to answer at this time. The question is:

I should like to ask the Minister of Agriculture a question with regard to the cattle in my district that have reacted to the tuberculin test. The farmers have not yet been paid for the animals that have been condemned. It is now six months o-r

more since the test was made. Many of the farmers had to replace the cattle and borrow the money to do it. Why has this money not been available?

The answer to this question, Mr. Speaker, is that all claims that have complied with departmental regulations have been paid. There was a short delay during the month of March, as the amount of money that was in the estimates to pay for t.b. reactors ran out along about the end of February, and until the supplementary estimates were passed at the end of March, no money was available during that month. But all these cheques went out the first part of April, so that the money will be in the farmers' hands long before now. There are still some sixty-five claims in the county of Huron that have not been paid, but as soon as they comply with the regulations they will be paid. 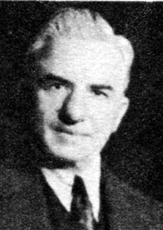 be permitted to inform the house that we have seated in the gallery 120 students from Lachine high school? I do not know their party affiliations, but I do know that they are among the best pupils in Lachine and vicinity.

ANNUAL FINANCIAL STATEMENT OF THE MINISTER OF FINANCE