VOLUME IV, 1951 COMPRISING THE PERIOD FROM THE FOURTEENTH DAY OF MAY, 1951, TO THE TWELFTH DAY OF JUNE, 1951, INCLUSIVE INDEX ISSUED IN A SEPARATE VOLUME OTTAWA EDMOND CLOUTIER, C.M.G., O.A., D.S.P. PRINTER TO THE KING'S MOST EXCELLENT MAJESTY CONTROLLER OF STATIONERY 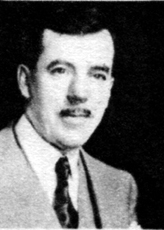 Mr. Speaker, I rise on a question of privilege. No doubt the house would like to know that the Valley field Braves hockey team, from my constituency and home city, won the Alexander cup. I am sure my colleagues from the city of Toronto and surrounding district expected me to make this announcement.

AMENDMENT OF ACT TO PERMIT PERFORMANCE OF SERVICES FOR DEPARTMENT OF DEFENCE PRODUCTION, ETC.

for leave to introduce Bill No. 284, to amend the Canadian Commercial Corporation Act.

This bill provides for a number of minor amendments to the Canadian Commercial Corporation Act, several of which are required as a result of the establishment of the Department of Defence Production, and several for purposes of clarification of clauses relating to general operations.

This amendment defines the minister as the Minister of Defence Production, and removes any legal doubt that may exist as to the corporation's authority to perform such services as may be authorized by any other statute, for example the Defence Production Acr, even though such authorities are not specifically set out in the Canadian Commercial Corporation Act. It redefines, for clarification, the revolving nature of the advances which may be made to the corporation from the consolidated revenue fund under the act.

In keeping with a reduction in the number of members of the board of directors from nine to six, all of whom are engaged in the work of the Department of Defence Production, this amendment reduces the number of directors required for a quorum from five to three members.

Finally, it is considered that a number of its officers and staff should be brought under the Civil Service Superannuation Act, as are the employees of other crown companies and agencies. Consequently, this bill gives the governor in council power to designate certain officers and employees of the corporation to receive the benefits of superannuation under the latter act.

AMENDMENTS RESPECTING PROFITS FROM PARTICIPATING POLICIES AND VOTING BY PROXY

for leave to introduce Bill No. 285, to amend the Canadian and British Insurance Companies Act, 1932.

Mr. Speaker, this bill provides for two amendments to the Canadian and British Insurance Companies Act. One relates to the provision in the act which now limits to ten per cent the proportion of profits from participating policies which may be transferred to shareholders' account. In point of fact, that ten per cent is the maximum. In the case of smaller companies that proportion is transferred; but over the years the larger companies have voluntarily reduced that proportion, in the case of the largest company the proportion being 2J per cent. It is considered desirable now to limit by statute the proportion which may be transferred to shareholders' account from the participating policy account, and the limitation will be substantially in line with the present practice.

As is usual in dealing with bills of this kind, I would propose that on second reading it be referred to the banking and commerce committee.

When shall this bill be read