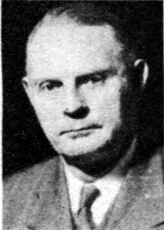 1. What are the total expenditures for (a) the purchase of a residence for the prime minister of Canada on Sussex street, Ottawa; (b) remodelling such residence to date; (c) who is the architect in charge of the work, and what is the basis of his remuneration?

2. Is the remodelling completed and, if not, what is the estimated expenditure necessary to complete such work? 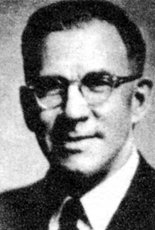 1. Is the trend toward a reduction in the Indian tuberculosis mortality rate continuing?

2. How many Indians were hospitalized during 1950 for (a) tuberculosis; (b) other conditions?

DOMINION-PROVINCIAL CONFERENCE INQUIRY AS TO INTRODUCTION OF LEGISLATION

On the orders of the day;

I should like to direct to the Minister of National Health and Welfare a question of which I have not given him notice, but which relates to a conference which has just been concluded. Is he in aposition to inform us whether as a result ofthat conference we may expect to proceed during the present session with the legislation dealing with old age pensions?Hon. Paul Martin (Minister of National

a meeting with the ten provincial governments in respect of that phase of the proposal which has to do with the age group between sixty-five and sixty-nine. With regard to the government's program in connection with the legislation, as I announced at the conference yesterday, the government hopes to be able to implement its program during the course of the present year.

Unless I have failed to understand my hon. friend's question, Mr. Speaker, I do not think I can add anything to what I have already said. I am sure that is all I could say under the circumstances at the present time.

QUESTION AS TO REFERENCE OF 1950 REPORT TO AGRICULTURE COMMITTEE

I wish to direct a question to the Minister of Trade and Commerce, of which I sent him notice; but in his absence perhaps his parliamentary assistant could take it as notice.

1. According to the Canada Grain Act, the board of grain commissioners must make a report to the minister not later than January in each year. When can we expect to have the 1950 report of the board?

2. Will the minister give consideration to having the 1950 report placed before the agriculture committee of the house for consideration, particularly for the hearing of evidence of producers organizations and other interested parties with regard to (a) grades, and (b) overages?

Mr. G. J. Mcllraiih (Parliamentary Assistant to the Minister of Trade and Commerce):

With respect to the first question, the annual report of the board of grain commissioners is in the hands of the printer. I

With respect to the second question, I will draw the minister's attention to it, and it will be answered in due course.