REFERENCE IN MONTREAL &quot;GAZETTE&quot; TO BANNING OF MAYORS AND REEVES AS MEMBERS OF PARLIAMENT

I rise on a matter of public importance and a question of personal privilege. It has to do with a report appearing on page 11 of today's issue of the Montreal Gazette in which the banning of mayors and reeves as members of parliament is urged. I happen to be one. This suggestion comes from none other than the somewhat bewildered member for Assiniboia. He would deprive the electors of the right to elect or select people of their choice. He would proceed to use his dictatorial power to take away their democratic rights.

SPECIAL COMMITTEE ON SOUND-AMPLIFICATION CONCURRENCE IN REPORT OF STRIKING COMMITTEE

Mr. L. D. Tremblay (Dorchester) presented the report of the special committee to consider the question of a proposed amplification system for the House of Commons as follows: The special committee appointed to confer with Mr. Speaker and with his assistance to prepare and report a list of members to compose a select committee of the house to consider with Mr. Speaker the matter of an amplification system for this house, begs leave to submit its report. Your committee recommends that the said select committee will be composed, together with Mr. Speaker, of the following members: Messrs. Adamson, Bourget, Browne (St. John's West), Dumas, Graydon, Low, Maclnnis, Robinson, Smith (York North), Stuart (Charlotte), and Viau. The committee further recommends that five members will constitute a quorum of the said committee, and that the said committee should have power to sit when the house is sitting. All of which is respectfully submitted 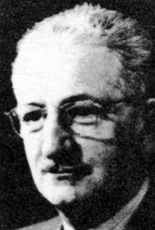 that the report be concurred in.

English and in French, of an order in council passed yesterday under the Emergency Powers Act to provide that warrant officers, non-commissioned officers or men who are granted commissions, who leave one of the services for the purpose of joining another of the services, and therefore under the text of the Defence Services Pension Act become discharged, will not have their defence pensions interfered with by their so doing.

There are about 170 whom it is necessary to promote to special temporary commissions for the proper functioning of this special brigade which is being organized. Under the act the taking of those temporary special commissions would terminate their right under the Defence Services Pension Act; their contributions would have to be returned to them, and that would involve complications when their temporary commissions expire.

This is one of the provisions to be made in the bill with respect to which there is a resolution on the order paper as No. 11. We had hoped that that bill would be reached and passed in time to take care of this, but we are told that the delay in commissioning these 170 men is a serious inconvenience in the organization of the special force. For that reason, because of the urgency of the matter and the fact that it may be a couple of weeks before this statute could be passed and receive royal assent, the order in council has been passed so the commissioning may be done immediately.

Would the Prime Minister say whether any of these men have already reached Korea?

MORNING SITTINGS ON AND AFTER MONDAY, JUNE 11

That on and after Monday, June 11, 1951, until the end of the session, the house shall meet at 11 o'clock in the morning of each sitting day and that, in addition to the usual intermission at six o'clock p.m., there shall also be an intermission every day from 1 to 3 o'clock p.m.

Topic:   BUSINESS OF THE HOUSE
Subtopic:   MORNING SITTINGS ON AND AFTER MONDAY, JUNE 11
Permalink

Mr. Speaker, I feel sure that

at this stage of the session there will be a tendency on the part of hon. members to support this motion, which has become customary at this time of the year. But I suggest that this is an appropriate occasion to review what has happened during the present session which calls for a motion of this kind, at this time, particularly in relation to the announcement made a few days ago that it is the intention to adjourn the present session until October and then, having met, prorogue for the purpose of having a second session this year.

When the announcement was made a few days ago I urged the Prime Minister (Mr. St. Laurent) to reconsider his statement- and it must be recalled that it was simply an announcement at that time. I did so in view of the fact that in the opinion of a number of members the legislation now before the house should be dealt with before this house rises. The explanation was given that it was desirable to defer consideration of the old age pension legislation until later this year. When that announcement was made, I said, and I repeat today, that I believe there are many strong reasons why that legislation should be dealt with before this house rises even for adjournment.

The passing of the old age pension legislation is not going to take very long. The members of this house have already indicated their desire to proceed with it as rapidly as possible. That was indicated in statements made earlier in the session. It was also indicated very clearly by the manner in which this house adopted, without debate and with every sign of unanimous approval, the request to Westminster for an amendment to the British North America Act.

I am not overlooking the explanation by the Prime Minister that the same plan might not be proposed were it not for the fact that other legislation requires consideration. He indicated that it was desirable to carry into effect by legislation those recommendations in the report of the transportation commission which the government is prepared to accept, and also indicated that it might be desirable this year to introduce legislation to implement some of the recommendations of the Massey commission.

So far as the recommendations of the transport commission are concerned, I concede that there will certainly not be complete unanimity in regard to the statutory interpretation of those recommendations. The same attitude will probably not be demonstrated as will be found when we are dealing with the recommendations in connection with the old age pension legislation. Nevertheless I am sure that if there is sufficient advance notice of what the legislation is intended to be, the members of this house will deal promptly and with very clear thought as to what they wish to have enacted into law when that legislation comes forward. That would not take very long, provided that hon. members have an opportunity in advance to consider the legislation. If the house is only adjourned for the summer, then it is possible, by agreement, to provide copies of the proposed legislation to hon. members and they would have a chance to consider it before we return here to examine it in the ordinary way in the house.

So far as the Massey commission report is concerned, I think that hon. members who have already read the report, or even have merely glanced through it, will realize that most of the recommendations are such that it will take some time to implement them. In any event, there are certain specific recommendations, one with regard to grants to universities and other specialized branches of education, and another with regard to the Canadian Broadcasting Corporation, which

obviously call for consideration, either within the next few days or at any rate certainly by the beginning of next year.

So far as grants to universities are concerned, I submit that all that the Massey report has done is to confirm the opinion that has been expressed here over and over again, that grants should be made to assist the universities without delay, if our higher education is not to suffer. That being so-

Topic:   BUSINESS OF THE HOUSE
Subtopic:   MORNING SITTINGS ON AND AFTER MONDAY, JUNE 11
Permalink