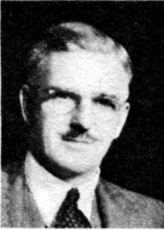 Mr. Speaker, I should like to suggest to the minister that he should consider the possibility of expanding housing in Canada today. In Toronto-

I hesitate to interrupt the hon. member, but this bill does not permit a general discussion of the housing question. The discussions should be limited to the provisions of the bill. Probably in view of the remarks that have been made already, I should allow the hon. member for Park-dale (Mr. Hunter) to make a brief statement.

It should be made on the other bill.

My references will be brief.

May I suggest to the hon. member for Parkdale that his remarks could more properly be made on Bill No. 381, which is to follow this, and which deals with an amendment to the National Housing Act. That act has a more direct bearing on the housing situation generally.

Motion agreed to, bill read the second time and the house went into committee thereon, Mr. Beaudoin in the chair. Section 1 agreed to. On section 2-Corporation to .comply with directions of governor in council for minister.

There is a question I should like to raise on this clause, as to how far the corporation is merely an agent of government policy and how far it inaugurates policies on its own initiative in regard to housing in general. Would the minister make a statement as to the precise relationship between himself and the government on the one hand, and Central Mortgage and Housing Corporation on the other, in regard to housing policy in general?

Mr. Chairman, Central Mortgage and Housing Corporation was set up under the existing act in 1945 to administer the National Housing Act, which, as the hon. member knows, prescribes precisely the operations of the government in the field of housing. Since that time, and in carrying out its functions, Central Mortgage and Housing Corporation has developed a most efficient organization across Canada which the government found very useful in contemplating operations that were not so precisely defined under the National Housing Act.

As the hon. member knows, under an arrangement with Defence Construction Limited made recently, Central Mortgage and Housing Corporation is embarking on a broader program of construction operations. Therefore it was deemed advisable, in order that there should be no question of reporting to parliament or of the minister's responsibilities to parliament, that this section should be put into the act to make it quite clear that on matters of policy, and in fact to the extent defined by this section, the minister or the governor in council shall have direct control over the operations of Central Mortgage and Housing Corporation.

In a more direct reply to my hon. friend's question, matters of policy in the field of housing are determined by the government and carried out by Central Mortgage and Housing Corporation.

Section agreed to. On section 3-Board of directors.

Will the minister indicate what changes he contemplates making in the board of directors of the corporation in the light of this section?

There are no changes in contemplation in the structure of the board of the corporation. This is merely to provide for flexibility in the event that more flexibility is required.

In other words, you are simply seeking to widen the opportunity of selection on the part of the minister?

But you have not in mind at the moment any use of that opportunity?

Section agreed to. Sections 4, 5 and 6 agreed to. Bill reported, read the third time and passed.

AMENDMENT WITH RESPECT TO INTEREST RATES, REPAYMENT OF LOANS, ETC.