Mr. Speaker, I now have some further information to give to the house on the question of relief to the stricken people of the Po valley in Italy. This will supplement what I said to the house yesterday afternoon.

Perhaps hon. members will have noticed in the news this morning that the Canadian Red Cross Society in addition to supplies from a stockpile in Geneva is contributing $15,000 worth of supplies from Canada. These supplies are taking the form of blankets, woollen underwear, shoes, powdered milk and medicines. The society has approached the government with the request that we facilitate the transport of this material to Europe.

I am glad to inform the house that the government has today placed at the disposal of the Canadian Red Cross Society two North Star aircraft. These aircraft will deliver the material to some airport in Europe which has not yet been designated. Through arrangements made by the Secretary of State for External Affairs (Mr. Pearson) and the Minister of National Defence (Mr. Claxton), both of whom are in Rome attending the meeting of the North Atlantic council, the supreme headquarters allied powers in Europe have undertaken to deliver the material from whatever airport is selected to the actual scene of the disaster.

I know that the house will be unanimous in its appreciation of the expeditious manner in which the Canadian Red Cross is contributing to the relief of the very considerable suffering which, from all reports, is being endured by the people who have been made homeless in the Po valley area. I am sure also that the house will fully approve the decision to help the Red Cross in getting these supplies to the scene of the tragedy by the quickest possible means.

Mr. Speaker, I feel sure that the Prime Minister has correctly interpreted the sentiments of the house, and that all hon.

members will welcome the steps that are being taken. We ourselves had occasion to have some understanding of what it means to see positive evidence of sympathy and support at the time of the floods in this country last year. Above and beyond the importance of the articles themselves-and they are

extremely important, particularly in a country like Italy where they have not the supplies available that we have-I feel sure that this gesture will give these people heart at a time when they must be suffering in spirit as well as physically.

TABLING OF ORDER IN COUNCIL AMENDING

Mr. Speaker, I desire to place on the table two copies of order in council P.C. 6384, dated November 27, 1951, amending the regulations with respect to deferred capital cost allowances.

The change in the regulations is designed to provide further relief in cases where a genuine commitment has been made before April 11, 1951. Hon. members will recall that on June 28, 1951, I advised this house that partial relief was being granted with respect to properties in existence on April 10, 1951, and acquired by bequest or inheritance, properties transferred between taxpayers who were not dealing at arm's length, and properties taken over when the whole of a business was acquired in a deal at arm's length.

Order in council P.C. 6384 goes further and grants relief in respect of properties in existence, under construction, or under contract, as of April 10, 1951, provided the taxpayer can establish that he had entered into a genuine commitment which he was obligated to abide by.

Briefly, the amendment in order in council P.C. 6384 authorizes the Minister of Trade and Commerce to grant a certificate of eligibility in three types of cases for property acquired after April 10, 1951, for which a commitment had been made before that date.

First, in the case of new structures, properties are eligible provided the taxpayer can prove that he had entered into a contract with a contractor for the construction of a structure before April 11, 1951, according to plans and specifications adopted before that

The certificate will be granted after the property is acquired. One of the tests of a genuine contract in existence on April 10, 1951, will be the fact that the work on the structure will be undertaken and completed within a reasonable time. A period of two years has been considered as a reasonable time in the light of present and foreseeable supply conditions. This explains the provision requiring completion of construction before April 1, 1953. Therefore a taxpayer who has a valid contract as of April 10, 1951, but who has decided to postpone construction for say two years, would not be eligible for a certificate, since the purpose of the amendment is to provide relief to those who not only have a contract but who have also either commenced construction before April 11, 1951, or were obliged to do so, within a short time after that date.

Some new structures are erected by owner builders, that is, without employing a contractor, and in such cases there would be no contract in existence as of April 10, 1951. The amendment to the regulations also grants relief in such cases, provided the taxpayer can prove that construction was commenced prior to April 11, 1951, and completed before April 1, 1953, according to plans and

specifications adopted by the applicant prior to April 11, 1951.

The second group of properties covers structures completed before April 11, 1951. In such cases a certificate of eligibility will be granted if the taxpayer can prove that he was obligated to acquire a property under the terms of a contract entered into prior to April 11, 1951. The emphasis is on "obligated to acquire". Therefore an option which gave a potential purchaser a right to acquire property without obligating him to acquire it would not be accepted as a binding contract under the regulations.

The third group covers mainly machinery and equipment, both new and old. In such cases certificates of eligibility will be granted if the applicant can prove that he was obligated to acquire the items involved under the terms of a contract entered into prior to April 11, 1951. There is no date set as

to time delivery has to take place, because it has been presented to us that in some cases of complicated pieces of equipment which are made to order and according to specifications set out by the purchaser, the period required to complete the equipment might involve several years. As with regard to structures, a certificate will be issued only after the property has been acquired by the taxpayer.

These amendments will take care of the bulk of genuine commitments made as of April 10, 1951. Thus in the case of a new project where a construction contract had been let and some of the machinery and equipment had been ordered, this part of the project would be eligible for a certificate provided the various conditions as set out in order in council P.C. 6384 were fulfilled. Not eligible would be the machinery and equipment ordered after April 10, 1951, or any substantial changes in or additions to the structure beyond what had been provided in the plans and specifications drawn up and adopted by the taxpayer before April 11, 1951. As I remarked to this house on June 28, we may not be able to take care of everything for which a taxpayer could make a case for relief, but we have gone a long way to grant relief where the taxpayer had no option but to carry out commitments made before April 11, 1951.

I should like to emphasize that the relief granted under the order in council tabled today applies to industries not otherwise qualified for a certificate of eligibility.

Just before closing, hon, members may be interested in a brief statement about the progress of administering deferred capital cost allowance provisions.

Certificates have been denied for 175 applications, involving $27-7 million. The remaining 411 applications are pending, and these

include many applications which will probably qualify for the issuance of a certificate under the amended regulations announced today.

Of course the impact of the provisions is not fully reflected in the figures I have given, for two reasons. First, there will be many cases where the taxpayer has not applied for a certificate of eligibility because his project clearly does not comply with the exceptions that can be granted under the regulations. Secondly, there are many cases where businessmen have decided to postpone capital projects and they would therefore have no cause to apply for a certificate.

A list of the cases for which certificates of eligibility have been issued has been published in the Canada Gazette of July 21, 1951, and September 22, 1951, .covering all applications approved from April 11, 1951, up to and including September 15, 1951. The names of applicants to whom certificates have been issued since September 15 up to the present will be published shortly in the Canada Gazette.

ask the minister a question? Notwithstanding the statement the minister has made showing *a large percentage of permits that have been granted, does the minister think that the deterrent which was continued in the act of last April has been a very effective one and is effective still?

My own opinion is that it has been a very effective deterrent. The amount of new private construction has been materially reduced since this provision came into effect. 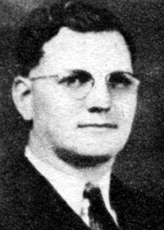 Will the minister tell us whether he has given any consideration to having this four-year period start from the date of April 11, 1951, rather than running for a four-year period from the start of the contract? Many of the larger concerns are speculating whether this will be dropped if conditions change. I wonder whether the minister would be prepared to make a statement regarding the advisability of setting a closing date five years from April 11, 1951, rather than a four-year period from the starting date of the contract?

I would be glad to have the statement of my hon. friend examined as it is reported in Hansard, and, after consulting with my officials, I will make a statement.

Inquiries of the Ministry INDUSTRIAL RELATIONS

That the name of Mr. Bryce be substituted for that of Mr. Maclnnis on the select standing committee on industrial relations.

INCREASE IN NUMBER OF COUNTY COURT JUDGES IN BRITISH COLUMBIA

That it is expedient to present a measure to amend the Judges Act, 1946, to increase the number of county court judges in British Columbia from fourteen to fifteen.

He said: His Excellency the Governor General, having been made acquainted with the subject matter of this resolution, recommends it to the consideration of the house.