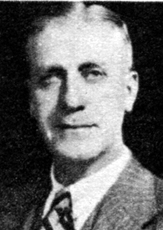 Mr. Speaker, I should like to ask a question of the Secretary of State for External Affairs. Could the minister make a statement on the signing of the agreements concerning Germany yesterday and today, and how it affects Canada-if Canada is affected. I regret that I have given the minister only short notice.

Mr. Speaker, I shall be glad to make a short statement on this important question of the signature of certain documents in Bonn yesterday and in Paris today, and their effect upon this country.

Today in Paris members of the North Atlantic Treaty Organization signed a protocol to extend the guarantees under article 5 of the treaty to the European defence community. The protocol was signed on behalf of Canada by Mr. A. D. P. Heeney, the permanent representative of Canada on the North Atlantic council.

Hon. members will recall that on March 21, when reporting on the Lisbon meeting of the North Atlantic council, I mentioned the approval in principle by the council of this extension of security guarantees, which means in fact that, if the international undertakings are all ratified, our guarantees will cover the territory of the Federal Republic of Germany and the forces of the Federal Republic serving in the European army when in the area covered by the North Atlantic treaty. The European defence community, for its part, gives a reciprocal guarantee to NATO. In other words, the European army, of which German forces will form a part, will be available for NATO defence in western Europe and, in fact, will come under NATO command.

The exchange of guarantees will be brought about by the ratification of a series of agreements. If hon. members will permit, I should like to mention the various related agreements, for although Canada is a party to only one of them, all these undertakings bear on the final result.

The first group of documents are commonly known as the contractual arrangements, and consist of agreements between the three occupying powers-France, the United Kingdom and the United States of America, on the one hand, and the Federal Republic of Germany, on the other. They are designed to replace the occupation statute because Russian tactics in the four power conferences have prevented agreement on a formal German peace treaty. The effect of these peace contracts, which were signed in Bonn yesterday, will be to restore West Germany's autonomy except in certain limited spheres which are reserved to the former occupying powers.

Also today in Paris, as I have just indicated, NATO members have signed the NATO protocol to reciprocate this guarantee. This is the only document in this rather complex series of international undertakings to which Canada is formally a party. If hon. members are agreeable, I would suggest that the text of this protocol, which is quite short but which is very important, be printed as an appendix to Hansard. These international undertakings are, as I have said already, subject to ratification and in due course, before ratification by Canada, indeed I hope during the present session, parliament will be given the opportunity for a full discussion of this NATO-European defence community protocol.

Hon. members may wish when we are discussing the NATO protocol to discuss the other related documents which I have mentioned. Of course, they will not be before the house for approval. Nevertheless, as they have an important bearing on our commitments under the NATO protocol, I shall

arrange for copies to be available to hon. members as soon as they can be obtained for distribution.

minister when it is expected that the legislative body of the West German republic will have this matter up for ratification?

I do not know whether I can answer that question. It is hoped that these documents will be submitted to all the parliaments concerned with the least possible delay and that ratification will be accomplished before too long. When that will be is of course in the hands of the legislatures of the various countries.

The house resumed, from Monday, May 26, consideration in committee of Bill No. 206, to amend the Excise Tax Act-Mr. Abbott- Mr. Beaudoin in the chair. On section 4-Repeal.

Section 4 refers to schedules I, II, and III to the bill. On page 8, as part of schedule III, there is reference to the four drugs which were added last year to the list. In view of the interest of the house in what I would hope will some day be an extension of that list, I wonder if the minister would acquaint the committee with the experience thus far of the department in connection with the administration of the act in so far as these four drugs are concerned.

The officials of the Department of National Revenue will be here in a moment, but so far as I am aware no difficulty has been encountered in administering the act with respect to those particular drugs. Possibly the Minister of National Revenue has some other information. He confirms what I have just said.

I think the information which the minister has given to the committee will help to dissipate the fears which some hon. members seemed to have or which apparently were entertained by the government in connection with exempting drugs of this kind. Without proposing to launch into a debate on the subject may I express the hope that in the light of the past year's experience with these four drugs the government will give serious and early consideration to an extension of this list to include other similar drugs.

There are many people who are under a heavy burden of expense as a result of being required under medical advice to take certain forms of drugs constantly. Some of these drugs are exceedingly expensive and in the case of chronic sufferers who are under heavy

expense it seems to me that there is a clear case for an extension of the exemptions in the field of drugs.

I should like to place on the record a short memorandum dealing with the operation of the Excise Tax Act. I am not doing this in the hope that anything can be done at the moment but simply to have it on the record for consideration. It points out an anomaly which exists according to the way in which merchandising is done.

Under the existing sales and excise tax regulations, the base upon which taxes apply is the price at which the merchandise is sold by the manufacturer. This is known as the ad valorem method of tax calculation.

Under this method a tire manufacturer who sells a special brand tire to a tire merchandiser accounts for his tax on the basis of his selling price which probably takes the form of a cost plus a profit factor. The special marketer then does not pay these taxes on his selling and administrative expenses or on his profit.

The manufacturer that markets his own name brand tire must account for his tax on the higher price at which he sells his merchandise to his dealer trade and thus must pay the tax on both his selling and administrative expense and his profit.

Just what this differential might be in terms of cost plus tax would work out differently but it is our opinion that the special brand marketer is handed about a 5 per cent cost advantage over the standard brand marketer simply as a result of the method of application of tax to the basic buying price.

Thus by the means of use of tax application, the manufacturer finds it actually cheaper to market his products through a marketer who uses other than his own name brand and this seems most inequitable.

I shall be glad to do that.

Section agreed to. On section 5-Coming into force.

There is a minor amendment to be made to paragraph 15 of schedule I which I will ask one of my colleagues to move.

That item fifteen of schedule X of Bill No. 206, an act to amend the Excise Tax Act, be amended by adding after the words "in dry form," in the last line of the said item, the following words:

"except where the mixture or product is advertised or sold for making soft drink beverages or imitations for sale."

The purpose of this amendment is to make the application of the paragraph more clear and to remove any misunderstanding and doubt. Since the first reading of the bill representations have been made by the trade for some such clarification. The additional words remove the doubtful possibility of the tax being applied to mixtures or products which are purchased by soda fountains and other dispensers for the making and sale of soft drink beverages or soft drink imitations. I think the section as it now stands is probably adequate, but we have agreed to the section being amended by the addition of these words. 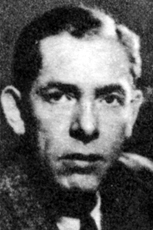 I should like to indicate to the minister that we appreciate very much the consideration which the government gave to representations made by the logging and lumbering industry in British Columbia with regard to tires and tubes under section 411 (a). I am sure it will be a matter of great importance to the industry. On page 8 we come to the schedule having to do with marine and fisheries. I note in the first paragraph the following words:

. . . articles and materials to be used exclusively in the manufacture, equipment or repair of such boats.

It becomes a matter of some concern whether the word "equipment" covers fishing equipment on fishing vessels.