I have the honour to lay upon the table a report from the civil service commission respecting the staff of the library of parliament.

Mr. Speaker, may I direct a question to the Minister of Labour (Mr. Gregg). It arises out of a press dispatch in this morning's Montreal Gazette captioned "Eighteen More U. K. Sailors Arrested".

Can the minister inform the house if any action is contemplated by his department to intervene in the dispute so as to assure uninterrupted coal deliveries from Sydney, Nova Scotia, to Montreal?

Mr. Speaker, I thank the hon. member for Cape Breton South for giving me notice of his intention to ask this question. The situation appears to be as follows:

(2) The members of the crew are affiliated with the National Union of Seamen of the United Kingdom.

(3) Neither the owner nor operator of the ship nor the crew members, as far as industrial relations matters are concerned, are under the jurisdiction of the federal Industrial Relations and Disputes Investigation Act.

(4) The United Kingdom National Union of Seamen has repudiated the strike action on the part of the crew members.

(5) No request has been made to this department by the owners or operators of the ship or by the union for conciliation services.

Mr. Speaker, I should like to ask a question of the Minister of Finance (Mr. Abbott). Would the minister care to comment on the likely effect, if any, on current interest rates, of the new loan being currently floated?

Mr. Speaker, I always hesitate to assume the role of prophet and I do not think I should do so here. The return on the new bond is in line with the present return on outstanding long-term government bonds.

That is very informative.

REQUEST FOR REPORTS ON WATER LEVELS 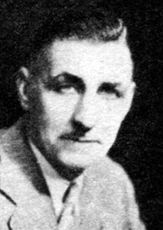 Mr. Speaker, may I address a question to the Minister of Public Works (Mr. Winters)? The people of Burnaby-Richmond are expressing concern over the late run-off of water in the Fraser river, and I would ask the minister to instruct his officials in New Westminster to give him daily reports on the situation.

I think that would be a matter more properly within the jurisdiction of the Minister of Northern Affairs and National Resources, who is responsible for the water resources division.

Mr. Speaker, I am infomed that daily reports on the level of the Fraser river are sent to our water resources office in Vancouver. It is understood that, as in previous years, if the situation warrants it those daily reports will be sent to Ottawa.