I wish to lay on the

table the annual report of the Maritime Coal Production Assistance Act for the year ended March 31, 1954. No new loans were granted during the current year. 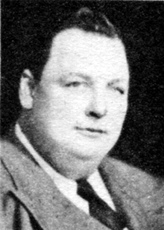 to direct a question to the Acting Minister of Public Works. Has the government given further consideration to representations received from white pine manufacturers that the present standards under the N.H.A., not permitting the use of pine in greater than eight-inch widths for roof sheathing, are restricting the sale of this type of lumber?

In view of the current surplus of white pine boards in wide widths, the government has asked Central Mortgage to modify the National Housing Act standards now limiting the width of boards used for roof sheathing, to permit roofs to be boarded with white pine in widths in excess of eight inches.

Mr. Speaker, I wish to direct a question to the Minister of Transport. Has the attention of the minister been drawn to a situation existing in Stellarton, Nova Scotia, which indicates that the car repair shop at Stellarton has been closed down and that this in addition to the 500 miners already out of work is, according to Mayor Sobey of

Stellarton, causing an extremely serious unemployment situation. I would point out that in addition to the closing of the repair shop I am informed by the mayor by telegram that there is also further lay-off of personnel on the Canadian National Railways at Stellarton.

Mr. Speaker, perhaps I may be allowed to take this question as notice, and inquire what the position is from the Canadian National Railways and report later. Will my hon. friend let me see the telegram?

I should be happy to do so. In view of the stage of the session at which we are, may I suggest that when the minister obtains the information he might make a statement to us, in view of the fact that the general situation was under discussion yesterday and that the information with regard to this matter did not come to my attention until this morning.

I will undertake to obtain the information as quickly as I can do so. I must point out to the hon. member, however, that the information I will get will be from the office of the Canadian National Railways at Montreal which, in turn, would have to get it from their maritime regional office. It may not be possible to get it in time before prorogation. However, I assure the hon. member that I will undertake to do it with all haste.

We shall be here all day.

Mr. Speaker, may I ask the Secretary of State whether he is yet in a position to answer my question of Wednesday as to when the stationary engineers and firemen employed by the federal government in the Ottawa area will be put on the five-day 40-hour week?