I am sure hon. members will not want to allow the opportunity to pass tor all of us to extend our best wishes to the member who is the dean of the house and who perhaps in many ways is the youngest member of it. Certainly he is the youngest at heart. I am referring, of course, to the hon. member for Fort William (Mr. Mclvor) who is celebrating a birthday today -I have not yet ascertained which one.

Mr. Speaker, I appreciate your extreme kindness and generosity. My better half and I enjoy living very much. In order to keep the record straight may I say this. As long as the Divine Father permits it and Fort William says yes, I am going to occupy this seat beside this distinguished minister and holder of the Victoria Cross. I refer to the Minister of Labour (Mr. Gregg).

Could the Prime Minister, Mr. Speaker, now tell the house whether Canada will waive the interest due on December 31, 1956, under the United Kingdom loan of 1946? He made a statement on this question on January 11, in which he intimated that the matter was still under consideration.

Will the Prime Minister assure the house that the government is not waiting until the United States first takes action in the matter?

No, Mr. Speaker, I can assure the house that this was, at the time, a joint undertaking by the United States and Canada to improve the trading situation of the United Kingdom, and though the arrangement was evidenced by two separate agreements they were tied together, in effect, by terms in each of the two separate agreements. It is my hope an arrangement that will be satisfactory to the United Kingdom authorities will be arrived at both by Canada and the United States.

May I ask a supplementary question. Is it not possible for Canada to act alone in this matter, and probably in so doing give impetus to similar action by the United States? I point out to him that on December 6 the Minister of Trade and Commerce, as acting prime minister, said that Canada could act alone. Is that or is it not the fact?

Canada could act alone, but had Canada acted alone originally the effect upon the economy of the United Kingdom would have been quite insufficient. Canada provided 25 per cent of the loan that was made at that time, and it was felt that the effect of the 100 per cent, namely $5 billion, would be substantial in improving the trading position of the United Kingdom. Canada could act alone, but my information leads me to believe that better results will be achieved by continuing these negotiations that are proceeding at the present time than would be achieved by taking separate action just now. The negotiations are proceeding, and I hope it will not be very long before a satisfactory arrangement agreed to by the three governments will be announced.

INQUIRY AS TO ESTABLISHMENT OF FUND FOR MUNICIPAL BORROWINGS

Mr. Speaker, I wish to direct a question to the Minister of Finance. Will the minister advise whether he is giving consideration to the establishment of a fund from which municipalities can borrow at a low rate of interest for necessary capital expenditures because, being unable to sell their debentures in

Inquiries of the Ministry Canada, municipalities must of necessity sell them in the United States at a high rate of interest.

Mr. Speaker, I think the hon. member is grossly inaccurate in the statement he has made. My understanding is that if there is any complaint about municipal financing in the United States it is not because they have to go to the United States rather than Canada to get money, but the reason they are going there is that they get lower rates than in Canada.

A supplementary question, Mr. Speaker. Will the minister give his reasons for not giving consideration to this important and serious problem, because the debentures being sold in the United States are being sold at a much higher rate.

I think the reason is equally obvious, Mr. Speaker. Practically every provincial government has a fund for this purpose and the mechanism set up to assist the municipalities, which are their creatures. 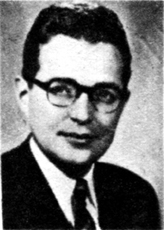 Mr. Speaker, I would like to direct a question to the Minister of Finance supplementary to the question asked by the member for Ontario. Will the minister advise what steps, if any, are being taken by him so that the Canadian municipalities may borrow Canadian money so their future repayments will not be subject to the vagaries of international exchange rates?

Mr. Speaker, I think I made it quite clear that it is not the intention of the government to force upon municipalities any particular course of action.