Mr. Speaker, I wish to make an announcement regarding the further development of international scheduled air line services by Canadian carriers.

Recently Canadian Pacific Air Lines company applied to the government for authorization to operate a scheduled service from Montreal to Lisbon, Portugal, under the existing bilateral air agreement between Canada and Portugal, and for authorization to extend this service to Madrid if and when appropriate arrangements with the Spanish government can be made. The new service would be operated in conjunction with the present C.P.A. service from Mexico and South America to Toronto but would not carry local traffic between Toronto and Montreal.

The government, after considering these matters, has taken the following action: (1) C.P.A. has been designated by the governor in council as the Canadian carrier to operate international scheduled air services from Montreal to Lisbon and also to Madrid if and when the necessary arrangements can be made with the Spanish government; and <2) the government has reaffirmed its policy that T.C.A. is and is to be the Canadian air carrier for service to other European points not at present served by a Canadian air carrier. T.C.A. at present provides service to London, Paris and Dusseldorf, and existing bilateral air agreements authorize a Canadian service to Brussels, Copenhagen, Oslo and Stockholm. It is expected that negotiations with the government of Switzerland will be initiated shortly looking to the conclusion of a bilateral agreement with that country.

I am not in a position to state when the carriers concerned will initiate the new services, and any announcement on these matters will be made by the air lines themselves.

During the discussions concerning the proposed service to Lisbon, C.P.A. indicated to the government that upon being licenced to operate over this new route it would apply to the air transport board for permission to give up its present domestic licence for service between Winnipeg and Churchill. The selection of a carrier to operate the Winnipeg-Churchill service will, of course, be a matter for determination in the usual manner by the air transport board.

I did not hear whether the

minister included in these new routes a route from Winnipeg to Europe. Was there any such indication?

No, there is no such indication.

There is to be no such service?

WINNIPEG-CHURCHILL INQUIRY AS TO APPLICATIONS FOR PRESENT C.P.A. SERVICE

Mr. Speaker, may I direct a question to the Minister of Transport arising out of his statement regarding changes in air services? Have any applications been received by other carriers to operate the service between Winnipeg and Churchill which Canadian Pacific Air Lines intends to give up? May I ask whether consideration will be given to designating Trans-Canada Air Lines to operate this service?

As I think my announcement

made clear, it is the intention of Canadian Pacific Air Lines to apply for permission to give up its licence on receiving authorization to operate this new route between Toronto, Montreal and Lisbon, but it has not yet made application to give up its licence between Winnipeg and Churchill. It would be much too early for me to make any statement as to what carrier is likely to receive the licence to operate that service in place of C.P.A. 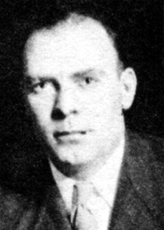 for leave to introduce Bill No. 138, to amend the Canada Elections Act (ballot papers).

Mr. Speaker, the purpose of this bill is to have the political affiliation of the candidate printed on the ballot papers used in federal elections.

the first reading of Bill No. 106 (from the Senate), to amend the Quebec Savings Banks Act.