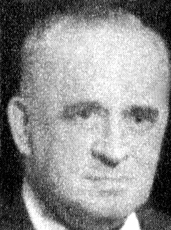 As reported at page 1380 of Hansard I said this:

Since the date of my appointment as minister of this department I have carefully examined these estimates, together with my officers, and as a result it has been found possible to divert approximately $500,000 to other requirements which

were not foreseen at the time these estimates were prepared. Specifically, about $250,000 was used to help defray the cost of the general salaries revision of May 1, 1957, and a smaller amount was used to assist in settling accounts resulting from the grounding of the C.G.S. Baffin in July, 1957. Hon. members will appreciate that had this action not been taken it would have been necessary to request additional funds by way of supplementary estimates in order to cover these items.

It must be borne in mind that the efforts of my department are concerned mainly with national development and scientific research and, in such directions, a maximum effort is required at the present time to enable us to keep pace with rapidly changing requirements in the scientific and technical fields.

Mr. Chairman, I recognize the statement the minister made yesterday. I may say to him that I am not quarrelling at all with the reallocation that he made within the framework of his estimates. I am not even quarrelling with the fact that he is not seeking a reduction in any of his estimates. What we are trying to find out, department by department, is whether the Minister of Finance meant what he said when he declared that somewhere along the line some estimates would be reduced. As far as this department is concerned, I take it that there is no reduction in the total amount of money asked.

In view of what the minister has just said, can the minister specify what services in his department were curtailed in order to allow a saving of $500,000?

There was no service curtailed. It was just that some adjustments were made in some branches, projects that need not necessarily be completed this year. That is the only change that was made. 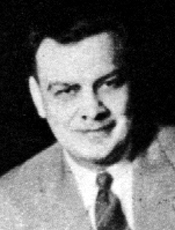 In his address yesterday the minister indicated that approximately $500,000 has been diverted to other requirements. In diverting an estimate, I take it that you took from one estimate that figure of $500,000, and added it to another. Would he indicate which one was reduced and to which one an addition was made so that we would have more specific figures to work with?

Some change could be made on account of the delays in deliveries of some purchases that had been ordered. Owing to those delays we could divert some moneys and apply them on another item.

Would the minister indicate-

In the same vote, I mean.

Within the same vote itself?

So the vote itself is not changed? 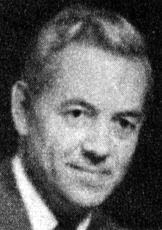 May I first congratulate personally the minister for having been called as a member of the present cabinet. Then may I refer to a recent book entitled "Prospecting in Canada" published by the Department of Mines and Technical Surveys. My request would be for a translation of said work and for its distribution in our high schools and our libraries so that this very up to date publication may be available also in the French language for distribution at the earliest possible time. Many people in the district of Abitibi which I represent here will thus obtain considerable information which would eventually allow them to take a more effective part in connection with research and the development of new mineral deposits, be it for iron, zinc, gold or copper.

The minister is also requested to offer the public more publications in both the English language and the French language. This would be useful for more than one area in the province of Quebec at least. The publication to which I referred, namely "Prospecting in Canada" by A. H. Lang, published in 1956, publication No. 2529, contributes to the expansion of the Canadian mineral industry and to the success of many prospectors, students and companies. It includes very interesting data on the stature of Canada's mineral industry. It refers to prospectors of the past, prospectors of today and prospectors of the future. Conventional methods of prospecting and special methods also are explained in the publication. More particularly I refer to geophysical prospecting methods, the dip needle, the gravity method, seismic methods and electrical induction methods. It compares ground and airborne magnetometer surveys.

In view of the very interesting discovery in Chapleau riding of zinc and iron ore deposits lately, we ask the minister if he will order a helicopter-equipped party to complete more topographical mapping along the Harricana river and also along the Not-taway river which both flow towards James bay. Such mapping in the area north of lake Mattagami would permit more complete and adequate knowledge about possible hydraulic development associated with other mining and industrial projects of interest at the present time for the Harricana and lake Mattagami areas.

This would undoubtedly be useful at this time for the provincial authorities who, we are told, are considering the possibility of authorizing industrial development in the area.

Before we go on to the next item, Mr. Chairman, to show you the

Supply-Mines and Technical Surveys kind of thing that troubles us when we contemplate some of these items, may I point out that we have $2,454,000 involved in this item for 1957-58. We were told that this is for administration, operation and maintenance including the expenses of a national advisory committee on research in the geological sciences. Judging from the other items which seem to be covered in the full item the expenses of the national advisory committee to which I have referred seemed to be, to say the least, generous.

I just wonder if the minister could give us the number of people who are included in that national advisory committee. I am not so much concerned about salaries because if they are the right men they are worth a lot of money but I would like to know how many men and women are involved.

What the member is asking will be contained in the information I will give the hon. member for Timmins.

This is an item which I mentioned a while ago on which I wanted to get some information from the minister. This is the administration of mines and research branch administration, and I would like to ask the minister now what has been done recently with respect to the development of tar sands in Alberta?

Mr. Chairman, we are carrying out some research experiments through our fuel division in an endeavour to remove the sulphur content from the tar sands and reduce the distillents. Research in extraction methods was conducted some years ago.