the minister a supplementary question. Is it proposed that the government of Canada should operate the ferry between Pelee island and the mainland?

Mr. Speaker, the present plans are that we will call for tenders for an operator of the ferry.

Mr. Speaker, may I direct a supplementary question to the Minister of Transport arising out of his statement about a ship being constructed for use on the Atlantic seaboard and northern waters. Will this ship be employed to service bell buoys and light and whistle buoys in Newfoundland waters, or is the construction of another ship being contemplated for that service?

Mr. Speaker, if the hon. member would speak to me afterwards I will give him the full details as to what these various ships are going to do.

Mr. Speaker, on Saturday the hon. member for Saguenay asked if the Minister of Transport had approved a directive given by the Iron Ore Company of Canada to the effect that English will be the only official language used for railway operation on the railway between Seven Islands and Scheffer-ville.

The answer, Mr. Speaker, is no. The Quebec, North Shore and Labrador Railway comes under the jurisdiction of the board of transport commissioners and consequently is subject to any regulations laid down by the board under the provisions of the Railway Act as enacted by parliament. I am advised that the board has, on the application of the company, approved the use of the uniform code of operating rules. This is the rule book used by the major railways all across the country ever since there has been uniformity in railway operation in Canada. 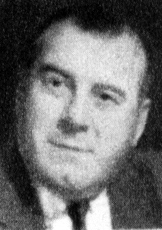 Mr. Speaker, I should like to direct a question to the Minister of Transport of which I believe he has already received notice. It has to do with a railway line crossing the Windsor park community in the city of St. Boniface, Manitoba. Having regard to the near catastrophic accident which occurred at a level crossing on this railway line last Friday, the 13th, would the minister give the assurance that he will use his influence with the board of transport commissioners in order that they may make the necessary regulations to try to avoid similar or even worse accidents?

If the minister wants to deal with the question I will resume my seat, but it strikes me as being out of order to ask the government to try to influence the board of transport commissioners, who have the responsibility for dealing with this matter.

Mr. Speaker, with reference to the question I asked a minute ago, could I simply ask the minister if he will look into the matter?

Orders of the day.

REPORTED REQUEST FROM UNITED KINGDOM FOR CONSENT TO PUBLISH INFORMATION

Mr. Speaker, I have a question to be directed to the Acting Prime Minister, of which I gave him notice. Can the minister tell the house if the government has received a request from the government of the United Kingdom for consent, under the tripartite agreement on the peaceful uses of atomic energy, to the publication of information regarding the recent successful laboratory experiments at Harwell in controlled fusion explosions of hydrogen? If so, what was the response of the Canadian government? *

Mr. Speaker, I should like to thank the hon. member for sending me notice of this question. The Canadian government has not received any such request from the government of the United Kingdom. Accordingly, the second part of the question is not applicable.