Mike, it is sad to see you come to this.

-the policies we have recently re-affirmed and the new policies we have recently adopted. Mr. Speaker, we think that this parliament, which is only seven months old, should be allowed to grapple with these problems under the leadership of a government which knows where it is going, which knows what it wants to do and which possesses coherent and constructive long-range policies.

Moreover, Mr. Speaker, we now have the same title to form a government in this parliament as the Conservative party had

Suggested Resignation of Government several months ago. We would be a minority of members, it is true, but so are they, and we represent nearly a quarter of a million more voters.

Go to the country and see if they vote for you now.

Of course, Mr. Speaker, our title, like theirs, would depend upon our capacity to obtain and retain a majority in this house in favour of the measures we would bring down; but we would put forward policies which would, I hope, secure that support.

We resigned last June because we did not feel we could reasonably hope for a majority in the house at that time, and in order to give the Conservative party a chance to show what they could do.

How generous of you!

I am surprised at the agitation shown by hon. gentlemen opposite at the very prospect of resignation. Today, Mr. Speaker, we know what they can and cannot do. We know that in June trade and investment of all kinds in this country were growing. We know today that the situation is very different indeed. This parliament therefore has a perfect right at this time to give its confidence to a new government. The motion I intend to move asserts the desirability at this time of having a government pledged to implement Liberal policies as they have now been put forward as a Liberal platform in resolutions adopted by a national convention. I assume that every hon. member who votes for this motion will by his vote be asserting his willingness to support a new government pledged to implement these policies.

On that assumption and with that assurance I would be prepared, if called upon, to form such a government to tackle immediately the formidable problem of ending the Tory pause and getting this country back on the Liberal highway of progress from which we have been temporarily diverted.

If, Mr. Speaker, there is no majority for my amendment, then let us hope that the present government will stay here and face the problems that now exist and deal effectively with declining trade and employment, and bring down a budget so that the people will know what the situation is when they are called upon to elect a new parliament.

Nothing has been more obvious than the desire of this government for a defeat in this house. Their morbid preoccupation with an election is due, I think, to their desire to go to the people before the people have time to realize how bad their record already is,

and before the people fully realize how seriously they have undermined confidence in our future. The election last June revealed clearly that there are two alternatives before the public, and only two: a Conservative or a Liberal government. 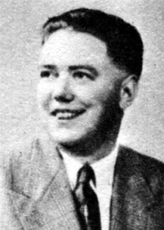 What is the difference?

Take a look at our resolutions and you will find the difference. If this motion is defeated and the government remains in office the public are entitled to the assurance that there will not be an election without a budget and without completing the federal-provincial conference and implementing the rest of the Tory promises so people will know for what they are voting. That is why I have framed my amendment so as to place the alternative clearly before hon. members and particularly those hon. members who do not support the government or the official opposition. If hon. members feel that the present government should be given more time to carry out its promises, they should vote against my amendment; if they feel, as we do, that it would be better at this time to have a Liberal government which will introduce Liberal proposals into this house, they should vote for the amendment.

You are laughing yourself at that one.

Needless to say, Mr. Speaker, I hope a majority of hon. members will vote for this amendment. I therefore move, seconded by the hon. member for Quebec East (Mr. St. Laurent):

That all the words after the word "That" be struck out and the following substituted therefor:

In view of the fact that, in the seven months His Excellency's advisers have been in office, Canada's total trade, has ceased to expand, export markets have been threatened, and proposals for freer trade have been rebuffed;

That investment has been discouraged and unemployment has risen drastically;

That farmers and other primary producers have been disillusioned and discouraged;

That relations with provincial governments have deteriorated into confusion;

That the budget is no longer in balance, revenues are declining, expenditures are rising and parliament has been denied a national accounting;

That there is growing confusion about defence and security;

That day to day expedients have been substituted for firm and steady administration;

And in view of the desirability, at this time, of having a government pledged to implement Liberal policies;

His Excellency's advisers should, in the opinion of this house, submit their resignation forthwith.

Mr. Speaker, my first words must be words of congratulation to the leader of the official opposition in having discharged his

responsibility and made his first speech in this house; but they are not words of congratulation for courage, let me assure hon. members of that. Mr. Speaker, I listened to the Leader of the Opposition (Mr. Pearson) speak on the radio the other evening. I was imprisoned and it was an enforced listening but it was nonetheless interesting.

You could have turned it off.

It was the only program I could listen to and so I listened and heard the Leader of the Opposition make that speech which having regard to his speeches of the past I could only conclude was one he had not written himself.

Mr. Speaker, I shall prove that a little later on.

Wait and see. On Thursday there was shrieking defiance; on the following Monday there is shrinking indecision.