I certainly would not think the Minister of Transport would be able to understand a matter of this kind.

I have not been able to figure you out. I do not think anybody can.

The Minister of Finance said the reason this particular warrant was necessary was the improvidence and lack of foresight of the previous administration.

Before hon. gentlemen do too much applauding, let us consider the dates. The warrant was issued in August. We made the best provision we could make for an unforeseen expenditure, one unforeseen in extent, as the minister indicated in presenting the estimates, for an unforeseen movement of these immigrants and refugees or an unforeseen number of them. We made the best provision we could make when the estimates were brought before parliament early in the year. Mr. Harris said, "Let us make adequate provision so that we can be sure the money will last until parliament can meet again after the election".

Where is he now?

If we had been returned- but we were not-parliament would have met in August, not in October and there would have been no need to use these warrants at all. In other words there was no improvidence

and no lack of foresight whatsoever. This additional provision did not become necessary until August. The writs were returned in August and there was no reason, except the political convenience of the government, why parliament was not called into session in August.

the hon. member permit a question?

Certainly. I have never refused to do so, unlike hon. gentlemen opposite. 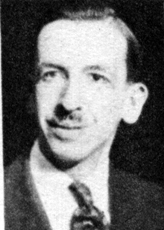 the hon. gentleman tell the house where he planned to house the Universal Postal Congress which the previous government had agreed to have here at that time?

If it had been necessary, in order to provide for the public service of this country, to find other quarters for the Universal Postal Congress, they would have been found. If hon. gentlemen had really wanted to get on with the public business of this country instead of attending various circuses, stampedes and things of that sort in the summer, there was nothing to prevent them from doing so. No feebler excuse has ever been offered to the people of Canada than the one which the Postmaster General has just attempted to make. What is more, Mr. Chairman is this. If this parliament had met in August and had proceeded in an orderly fashion with the unfinished business of the last parliament, this session would have ended long ago and the feeble excuse to which we have listened from the Prime Minister and other hon. gentlemen opposite about others prolonging a session which they have prolonged-

-would not have been available. It would have been quite simple to have had parliament meet last August, to have passed the remaining estimates, to have ended up that short session and then to have called a regular session in a proper manner and carried on the new business which the government had forecast before they became a government. Possibly if they had followed that very sensible course which my friend the right hon. member for Melville recommended in October they would not have got into quite so many messes as they have got into during this parliament.

I think perhaps I am wandering some distance-

There is no doubt about that.

That is the only sensible thing you have said.

I have been wandering

some distance from the estimates of the department, and I do not wish to put myself out of order.

You are always putting yourself out of order.

I would like to see you when you are in order.