I am reading from the Canada year book for 1960, page 985, which covers the year 1957, the year in which this government took office. Surely he does not expect that the rise in the cost of living index would be halted immediately on the government taking office. It may have been 121 but I should like him to notice that in 1958 it was 125, and on going down to July 1960 we find it is 127.5, a rise of 2.5 points. Surely that is a proper comparison and has a far better relation to the situation than the figure he used in assuming that this government

Government Monetary Policy should have been responsible for everything that happened in 1957 and should have rectified things immediately.

He is preaching gloom and doom.

I realize that he is a Liberal appointee and that he may preach just in the way the hon. member for Laurier wants him to preach; I am not sure. However, I think that a person in a responsible position such as that which he holds should have a greater tendency to control his remarks and to keep his comment on Canada to himself or express it to the government in a confidential manner, one or the other.

The hon. member for Welland went on to speak about deficits about the fact that we had a great debt; that debt management was a problem and that the matter of raising the interest for this debt management was an even greater problem. What did the Leader of the Opposition (Mr. Pearson) say in 1958? He said that we should have a deficit. He said, "If I were elected Prime Minister of this country I would give all Canadians a tax holiday". What would the deficit have been then? What would the problem of debt management have been? What would the national debt of this country have been if he had been able to fulfil half the promises he made at that time?

Government Monetary Policy the government's working capital. They think these measures should be increased and yet the debt should be managed and everything should be in tip-top shape. As one hon. member on this side said, "You cannot have your cake and eat it too".

I was greatly interested in the speech on socialism by the hon. member for Kootenay West (Mr. Herridge). Some time ago I asked the member of the new party a question on socialism. I asked him whether he was a socialist or whether the new party was socialist. He gave me some definition of Oscar Wilde's and never answered the question at all. 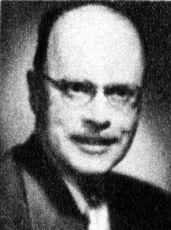 Order. The hon. member for Kootenay West is rising on a question of privilege.

The hon. member for Acadia said I made some reference to Oscar Wilde. May I say that I do not read such literature.

I said that the new party member had made the statement when I asked him a question: it is in Hansard. I have never been a follower of the C.C.F. party.

Thank heaven for that.

I have been in doubt where the new party stands. I have been in doubt whether they stand for socialism or for what they stand. We have often observed the leader of the C.C.F. rise in his place and say, "You backbenchers on the government side always toe the line; you are all a bunch of trained seals; you always vote with the party". When the new party member came into the house we backbenchers thought, "Here is a new train of thought coming into this house; here is a new train of thought that will be produced for the first time. He will vote and he may bring in new suggestions. We shall have to watch him and see how he votes and how his suggestions are received". Mr. Speaker, not once has he voted in a way different from that of the C.C.F.

He has fallen right in with them just like a trained seal, and a better one than any we have on this side of the chamber.

The other night on television the leader of the C.C.F. said that public ownership should build the Aurora pipe line. This small pipe line, six inches to eight inches in diameter, is going to run to the United States border from near Waterton lake. He said that through public ownership we could finance it and that we did not need to bring in the Texas buccaneers. If he is going to go this far in public ownership and is going to go into the drug industry, how is he going to create employment and how is he going to rectify the situation as far as the banks are concerned in this country? Actually, what the C.C.F. party is doing is putting a cover over the top of their party, and writing a splashy "new" on the front of it, just like a new box of soap. They are doing just as soap manufacturing companies do when they splashed "New" on the front of their boxes, had a big advertising campaign and sold a little bit more soap. Perhaps they will sell a little bit more soap; I do not know.

But actually, Mr. Speaker, the C.C.F. was founded by labour. Mr. Woodsworth was elected to this house in 1926 as a labour representative and again in 1930. Then in 1932 there was the big conference and they brought in the farmers and they were going to be the new party at that time. Today what are they doing? This summer they are going to have another big conference and reunite the farmers and labour, so they say. The sad facts of the story are that they never had the farmers behind them, that they never reunited anything; and they probably will not do any reuniting in July. We have just seen what the socialists really stand for. We have had another definition today. But if there is any doubt in anybody's mind as to where they are going or what they stand for, it was certainly cleared

up not so long ago when the union bosses said, "We will have the premier of Saskatchewan for our leader". They pick the boy; they call the shot. The poor hon. member for Assiniboia (Mr. Argue) has not much of a chance when they call it.

Again you have to consider that some C.C.F. members even outside the house might have difficulty in joining the new party because I read in the Toronto Telegram a week ago that communists are not going to be allowed in that party.

That does not leave you much hope then.

Of course, if they exclude them, this might bring a new train of thought into the new party; I do not know.

What did the socialists do when they took over in Saskatchewan? They bought out six or seven manufacturing concerns and lost nearly $1 million in those concerns. Is that the way they are going to rectify the financial siutation of this country, buying industries and then losing money on them? That is what happened in Saskatchewan, and this is all common knowledge to anybody who has any close connections with Saskatchewan.

How was it you fellows did not do better in the last provincial election?

Mr. Speaker, these remarks remind me of the proverb in the good book, "A scorner seeketh wisdom, but findeth not; but knowledge is easy unto him that understandeth".

What about the population increase of the province? That is an interesting comparison in itself.

Order. I think perhaps the hon. member had better come back to federal matters that are before the house. The Chair has been quite lenient with the hon. member in allowing him to

Government Monetary Policy make comparisons, but I do not think he should be allowed to enter into a full discussion of strictly provincial matters.

I have always understood the rule of the house to be that if somebody speaks on a particular matter others can follow suit and deal with the same subject.

Let us take a look at the earnings per capita across Canada and compare them with the earnings per capita in the province of Saskatchewan. In doing so you have first to compare the population growth in the provinces. In Saskatchewan the amazing and most interesting thing is that it is the only province in Canada that has not grown in population from 1941 to 1956, according to the census taken in 1956. There was a decrease in population during that period.

Of course, some hon. members might well say, "Why did they leave?" This question might well apply to myself. I left Saskatchewan in 1945. I think the decrease in population and the decrease in per capita earning of that province are due directly to the socialist government in Saskatchewan. Their method of doing business does not create the right environment for growth; that is why this province has lagged behind every other province in Canada, even Prince Edward Island.

Mr. Speaker, I am not referring to provincial matters in any direct relation to federal matters. I am referring to Saskatchewan because it is the only socialist province in Canada and I am comparing socialist methods-

Order. If the hon. member can show me what socialism has to do with this amendment I might be very happy to allow him to continue on this different line.

I have always understood that the debate followed the trend set up by the original speakers. The hon. member for Kootenay West spoke of nothing else but socialism. He expounded the theories and pious hopes he had for socialism; how it could rectify all our ills; how we had a sick nation and socialism would cure it. I think I should be allowed to follow the line of reasoning he presented, to see how it could cure our problems.

The Aciing Speaker (Mr. Rea): Order. If the hon. member will stay in generalties, certainly; but I do not want this to become a

Government Monetary Policy debate on socialism in the province of Saskatchewan. That is the point I was trying to make.