Motion No. 53-Mr. Peters: For a copy of all correspondence, telegrams, and other documents exchanged between the federal government and the municipal council of the township of Teck, concerning the building of a new federal building in Kirkland Lake. 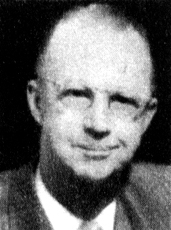 Mr. Speaker, this motion is also accepted, and perhaps no explanation is necessary.

Motion No. 55-Mr. Robichaud: For a copy of all correspondence, telegrams, and other documents exchanged since June 21, 1957, Inquiries of the Ministry between the Department of Public Works and any individual, engineering consultant firms or others in connection with plans and specifications for the Campbellton-Cross Point bridge, including correspondence exchanged with any groups or syndicate prior to the approval of the project and up to this date.

Mr. Speaker, this motion is accepted on the understanding that correspondence, between the engineering consultants employed by the government and any group or syndicate should be considered privileged, as it is departmental correspondence and is privileged.

Subject to the limitation expressed by the minister, is it the pleasure of the house to adopt the motion?

Motion No. 56-Mr. Marlin (Essex Easl): For a copy of any written communication or a record of any exchange between the government and General Motors on the subject of an unfounded report of a removal of General Motors plant from Windsor.

Mr. Speaker, there is no objection to this question, except that my instructions are that it should be accepted with the usual reservations. If the hon. member objects to that I shall have to ask him to let it stand.

In view of that, will the hon. lady kindly let it stand?

On the orders of the day;

Mr. Speaker, I would like to address a question to the acting prime minister, who I assume is the Minister of Finance (Mr. Fleming). I wonder whether the minister has seen a reported statement by his colleague the Minister of National Revenue, who sits with him traditionally on budget preparation committees, and whether he concurs in the statement reported to have been made by the Minister of National Revenue in London the other day, that in the next budget income tax increases are more likely than reductions, and that the next budget would undoubtedly have a deficit.

Order. The hon. member could scarcely find out what the next budget will contain by asking a question on orders of the day, and it seems to me that is the purport of his question.

Hon. L. B. Pearson (Leader of the Opposition):

Mr. Speaker, surely the hon. member's question is in order, in view of the statement reported to have been made on this particular matter by the Minister of National Revenue.

On a point of order, Mr. Speaker, it is a well established custom that there shall be no budget leaks before the budget is made public. Here was a very definite statement by the Minister of National Revenue as to the contents of the next budget.