1. What percentage of first grade butter produced in Canada is classed as 39-92?

2. What percentage of first grade butter produced in Canada is classed as 40-93?

3. What percentage of butter classed as 39-92 was produced by milk processing plants?

4. What percentage of butter classed as 39-92 was produced by independent creameries?

Mr. Speaker, the answer is as follows:

1. Will the provincial government be paying any portion of the moving costs or costs of new buildings that will result from the shifting of immigration and customs facilities from the border crossing located at Pigeon River, Ontario, to a new site at High Falls?

2. If so what portion of costs will be borne by the provincial government?

1. How many cases of hog cholera were reported in Canada in 1960?

2. Did the Department of Agriculture determine the source of infection?

3. Have any steps been taken to ensure that such infection does not recur?

Mr. Speaker, the answer to the first part of the question is that 106 cases of hog cholera were reported

1. Has the federal government contributed to the cost of a flood control project in the Fairford river in Manitoba?

2. If so, under what authority is the contribution being made, and what is the federal share?

3. Has the project actually been started, and, if so, what progress has been made, and when is it expected to be completed?

4. Is the work being performed by contract, and, if so, what is the amount of the contract?

Mr. Speaker, the answer to the first part of the question is that the federal government has undertaken to contribute to the cost of a flood control project on the Fairford river.

The answer to the second part of the question is that this was authorized by governor in council on October 28, 1960. The federal share is 50 per cent of the cost to the province of Manitoba, not to exceed $300,000, to be charged to the parliamentary appropriation in the main estimates for land protection, reclamation and development. 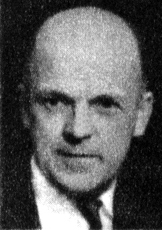 Mr. Speaker, the question is rather ambiguous. It is rather difficult to estimate the total cost of storage if you take into consideration all the people who are involved in the storage of grain. I presume, however, that the hon. member is asking for the storage cost under

the Temporary Wheat Reserves Act. I do have those figures here, and they are as follows:

1. What quantity of chicken broilers, fowl, turkeys and parts, have been imported for the calendar years 1959 and 1960?

2. Are turkey and fowl placed under import control?

3. If so, how many import permits have been issued for turkey broilers, turkey heavier weight, turkey parts, fowl and fowl parts, and chicken broilers imported from the United States during the year 1960?