Order. I do not believe it is quite in keeping with orders of the day and the traditions of this house that a minister of the crown should be asked to comment on charges or allegations made by some person outside the house.

On a point of order, Mr. Speaker-

It may be that the subject matter about which the hon. member wishes to get information is quite appropriate to orders of the day, but I am afraid his question is so badly worded that perhaps I should recognize another hon. member while he rephrases it.

Well, Mr. Speaker, might I ask the Secretary of State for External Affairs, is he interfering in the negotiations that are taking place between the premier of British Columbia and the United States authorities with respect to the Columbia river treaty?

Mr. Speaker, during the summer Premier Bennett requested that we arrange for informal discussions at a high official level between Canada, the United States and the province of British Columbia concerning the proposals for the development of the Columbia river. It was understood that these talks would be without

Inquiries of the Ministry commitment by any one of the three parties. Two such talks have been held and there is another scheduled for mid-December. They have been held in the best of good faith and on a constructive basis, and there can be no suggestion whatsoever that we have been undermining British Columbia.

If the reports in this morning's Globe and Mail are accurate then I can only say the charges are completely untrue and have all the earmarks of being an alibi.

Order. We will get into an argument. 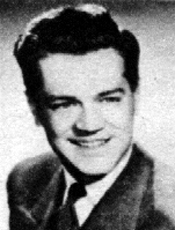 I wish to direct a question to the Minister of Labour. In the light of the announcement emanating from Canadair Limited last evening that 2,000 people are to be laid off between now and the beginning of next year, has the minister any plans to forestall this serious depletion of manpower?

Mr. Speaker, my colleague the Minister of Defence Production is continually endeavouring to sell the CL-44's which have not been sold. There are six of them left and as soon as they are sold and orders are received for new ones there will be work for the people engaged in that plant.

address a supplementary question to the Minister of Defence Production. Has he been able to assist the Canadair company with the sale of the remaining six CL-44 freighter aircraft and thus maintain employment at its present level?

As announced some time ago, Mr. Speaker, my department is continually working with the Canadair people. We have prospects today of selling eight CL-44's, and we shall continue to work for the maintenance of the production of the CL-44's.

REQUEST FOR STATEMENT ON PRESENT

Mr. Speaker, may I ask the Prime Minister a question? Could the right hon. gentleman

Inquiries of the Ministry tell us whether he received recent communiques concerning present troubles in India which might be of interest to the house? (Text):

Mr. Speaker, I do not know what communique the hon. member is referring to. If he would elucidate further I would have some knowledge of what he is asking.

I was asking the Prime Minister whether he has other important communiques, from official sources, that might give us details about the troubles in India, either regarding possible requests made to the Canadian government or other similar things?

Mr. Speaker, I thank the hon. gentleman for his explanation. There is very little to add to what I said previously on November 20. The Indian government has given the Canadian government a list of its requirements for additional assistance from Canada. This list includes quite a large number of Caribou aircraft and other aircraft, such as the Otter and the DC-3, a quantity of winter clothing and some industrial raw materials for use in defence production in India. The request is currently being studied, and when any decision has been arrived at between our two countries the house will be advised.