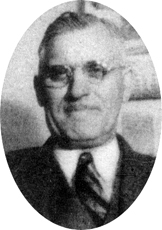 When the house rose last evening
I was asking how the government could justify its action in regard to the budget in not presenting some real monetary reform. At the outset I said I wished to deal with debt, and the interest incurred in connection with it. That is the theme I want to discuss.
Our problem as I see it throughout the dominion is one of interest. The interest on the debt of this country, federal, provincial, municipal, etcetera, is so staggering at the present time that it has become a question of deep concern to almost all our citizens. Faced as we are this year with another deficit of $100,000,000, the prospect does not look very bright. I say that interest is the biggest problem we have to face. Two questions were asked at the beginning of this session. One was: How much is the -national debt at the present time? The answer given was that on January 31, 1936, the national debt stood at $2,895:,124,222. The other question was: How much interest has the dominion paid since confederation? The answer given was $2,823,245,404. So you see the national debt and the amount of interest that has been paid are practically equal. This raises the question which is in many people's minds at the present time: Why should the federal government pay interest? This is a question which I want to consider with hon. members for a little white this afternoon.
I say -there is a feeling in the minds of thousands and tens of thousands of people in -this country that the national government should not pay interest on money, because we see that if we have to pay interest we are bound to go into debt more and more. If the country could be relieved of this one item we would have little or no debt. That is the problem I want to present. Without interest we would have practically no debt, and with interest we cannot help but have debt. Look at it in this way: If a person borrows money, say $1,000, and has to pay

The Budget-Mr. Needham
eight, per cent interest, eighty dollars a year must be provided from somewhere. Where is it to come from? He cannot make it. He can produce goods, but the bank will not take goods. He can produce wealth sufficient to pay his loan and his interest perhaps over and over again, but that wealth cannot be used to retpay the loan; it will not be accepted. You will agree with me that every dollar that leaves the bank leaves it as a loan to someone. How can it be paid back when the borrower cannot make that with which to pay it back? May I use a simple illustration which will perhaps bring out the point clearly. Suppose a community starts up and a bank goes in there with say $20,000, and there are twenty people who borrow that $20,000, $1,000 each, at eight per cent. They go out and work, and when the notes are due in a year suppose ten of them have been very active, have produced and sold their products and have acquired the .amount of the principal and interest due on the loan. They go to the bank and pay their loan and interest, which would aggregate $10,800. How are the other ten going to make out? They are bound to 'be $800 short, assuming there is no other money in that community but the $20,000; they can pay only $9,200. So there you have 81,600 that cannot be paid. They may have produced wealth sufficient to meet it, but they cannot find money, which is the only thing the bank will accept. What are they going to do? The bank has the $20,000 back, just what it loaned them, but there is a shortage of $1,600. The bank can again lend that $20,000, but in order that the ten people may again secure $1,000 each they will first have to borrow to pay the interest. That is the problem that we are up against at the present time. It does not matter ho-w you analyze it; I do not see any other solution.
Take it from another angle which may present a point that has been raised very often during this session. Suppose a bank starts in a community, and twenty people deposit in the bank $1,000 each. The bank therefore has $20,000. All right; eveiyone in the community is working. Someone goes to the bank and says, "Will you lend me $1,000? The bank make inquiry and decide to make the loan. They place $1,000 to the credit of the borrower do they not? The $20,000 is in the bank; that is all right. The banker does not ask the other twenty people whether they will agree to lend the $1,000. But after that $1,000 has been lent those twenty-one people could write cheques for $21,000, yet there is only $20,000 there. Where does it come from? There is the situation. As you
analyze these things they show the situation that exists at the present time.
As I said before, we have no quarrel with the bankers; it is the system that is wrong. Bankers are just as necessary as farmers or any other class of people in order to carry on the business of the country. I want to read an article taken from The Instructor, published at Gardenvale, Quebec, which shows how the thing works out:
In 1919 the dominion government loaned to the Garden City Press the sum of $126,500 under its housing act, same'to be paid back with interest in twenty years as follows: $3,157.50 on the first of every January, and $7,058.45 on the first of every July. These payments have been made regularly and on July 1, 1939, the full amount of the loan with interest at five per cent will have been paid back.
They have had the benefit of those homes. It continues:
When this loan of $126,500 has been all repaid (on July 1, 1939), it will have cost the Garden City Press $377,800.60-($10,215.95 a year for twenty years at five per cent compounded interest). Of this sum $126,500 was expended for the building of homes and the balance, amounting to $211,300.60 will go, not into the treasury of the dominion government, but into the pockets of the few individuals who own and control the banking system of Canada, which has been modeled after the British system.
If the dominion government had made this loan direct, or through a bank owned and controlled by the government, the dominion treasury would have been benefitted to the amount of $211,300.60. This is the amount, which the privately owned banking system of Canada will have made out of this loan, without any outlay or risk on its part. This amount is first paid into the treasury of the dominion government and the treasury hands it over to the privately owned banking system. This privately owned banking system did not even have the trouble and expense of collecting it. The dominion government does that work for the banking system of Canada, free of charge. Why all this generosity? No one seems to be able to give a satisfactory answer to that question, except that it has always been done that way.
That is one phase of it. We will suppose that the mayor of Montreal came to Ottawa and said, "We have a slum district; we would like to pull down five hundred houses and replace them with new ones. I believe we could dispose of the houses and in that way repay the money to the government. It would take a million dollars, and we believe we could pay you back $50,000 a year." The natural question would be, "Have you available the men required to do the work?" To which he would reply, "Yes, we have." The next question would be, "Have you enough carpenters, masons and other men in the build-
The Budget-Mr. Needham

ing trades?" "Yes." "Have you the necessary material-, such as bricks, cement and the like?" "Yes." What would prevent the dominion government from advancing that million dollars, and having it paid back ait 150,000 per year for twenty years, without interest? That is the question thousands of people are asking to-day. Where and how will the Minister of Finance (Mr. Dunning) take care of the $100,000,000 deficit, I suppose he will write a government bond issue in favour of some financial interests, and -they will give back what? They will give either figures or bills. Why could not the .Department of Finance do this on the credit of the country?
It is true the banks have not the wherewithal to lend one hundred million dollars. What have they?-just buildings and equipment, that is all. The minister has to give them the credit of the country, and in return he receives figures. If it cannot be done, I want the Minister of Finance to place on record the reasons why, because there are thousands of people throughout the dominion who want to know. If this action is feasible and if it is right, it is the first move that could be made to alleviate our present financial difficulties. In my estimation it is the action which should be taken.
We have heard this session about the staggering debt of Canada, and the statement has been made that we must furnish $350,000,000 per year to pay the interest on federal, provincial, municipal and school debts. It is a staggering amount-almost a million dollars a day for interest payments. But it is only part of the debt, because according to the Canada Year Book for 1935 I find that private company and indvidual loans on October 31, 1934, amounted to $1,015,472,167. This amount is in addition to the eight billions of government debts. When we remember that all revenue originates in industry, and that the greater the amount of revenue taken for interest on capital debt the less there is left for wages, one begins to wonder how industry survives at all. Of course the answer is that industry does not survive; it commits suicide. Ninety per cent of all industries fail. The average life of all industry is only seven years; only four per cent of our greatest industries have existed thirty years or more. The situation in Canada is serious, and it is not getting better as time goes on.

Topic:   THE BUDGET
Subtopic:   DEBATE ON THE ANNUAL FINANCIAL STATEMENT OF THE MINISTER OF FINANCE
Full View