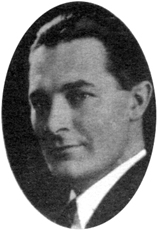 Yes; I did refer to supplies. In other words one might say there was a wastage of nearly 70 per cent of the $100 to be spent on public works. The national employment commission therefore recommended contraction in the expenditures on public works. The report contains the recommendation that public works when undertaken by joint agreement between the provinces and the dominion, through the expenditure of moneys supplied by the Department of Labour, should wherever possible help particularly those in need, and that the highest possible labour content per dollar of expenditure should be arranged.
I have the pleasure of telling hon. members that this policy adopted by the Minister of Labour and by the provinces in connection with the expenditure of these funds has raised the labour content of each dollar expended from 31 cents on the dollar to over 80 cents on the dollar, and that in pursuance of the carrying out of this recommendation many miles of tourist roads have been built in various sections of Canada, and many new mining areas have been opened for further development, at a crucial time in Canada's history. This has resulted from the carrying
564 COMMONS
Unemployment Relief-Mr. Chambers
out, by the Minister of Labour and his associates in the government, of the recommendations of the report.
The eighth recommendation of the commission had to do with agricultural relief. It was felt by the commissioners that the relief situation and the methods of handling relief in provinces preponderantly agricultural were not what they should be. The report states that the recommendation has not been implemented. We must remember that the report was made in 1938, and may I say at this time that in so far as the government has been able to implement the report, it has been implemented. The successful operation of a scheme of that kind must depend upon two parties, namely, the provincial government in question and the dominion government. Naturally the provincial government had ideas of their own on the subject. Nevertheless a great deal of assistance has been given to the three provincial governments of preponderantly agricultural provinces by virtue of the Prairie Farm Rehabilitation Act and the Prairie Farm Assistance Act, both of which have been utilized to carry out the recommendations of the national employment commission. I could give the committee figures on that, but I do not want to be too dry.
The ninth point of the commission's recommendations concerns auditing. It was felt that the old system of post auditing of relief accounts did not allow the heads of provincial governments or of municipalities to arrive at an understanding of what their policy should be, because they did not know their financial position as they should know it when called upon to make a new agreement with the dominion at the beginning of the fiscal year. The recommendation of the commission that a current audit should be set up in place of a post audit has been carried out.
Recommendation No. 10, for the organization and coordination of aid, has also been carried out in so far as it has been practicable and acceptable to the provincial governments, which, as I say, must agree to the changes suggested by the dominion government.
In addition there were several general recommendations which are not contained specifically in the schedule of recommendations but which are of importance, and upon those I should like to dwell for a few moments.
There was the question of rehabilitation through land settlement. It is mainly in the province of Quebec that anything has been done along these lines, and there some 4,000 families have been settled.
The recommendation as to the establishment in the Labour department of a women's bureau has been implemented by the appointment of

Miss Alexander, of Winnipeg, as assistant to the supervisor of the youth training plan in the department, to carry out the training and reconditioning of youth.
The rehabilitation of older workers has also been carried out. In the last two and a half years some 9,000 of these older workers have received training and reconditioning.
A further recommendation dealt with the establishment of a division in the Department of Labour for extending the learner-ships and apprenticeships plan. That also has been carried out by the appointment of a supervisor of the youth training plan.
That, Mr. Chairman, is a brief summary of the carrying out of the plans recommended by the national employment commission. The question has also been raised, what is the situation now that war has broken out? What is the position with regard to the mobilization of man-power? What can be done and what should be done? With regard to training persons who are unemployed to meet the demands for labour, I am sure that the hon. member for St, Paul's does not consider that he can make a skilled workman in a very short time. I also noted that he said he had great faith in the manufacturing industries of Canada. I have too, but I should like to tell the members of this committee that the national advisory committee to which I have referred, and of which I was a member, sent out a questionnaire to the organization of manufacturers of Canada, pointing out to them that with an expanding trade market it must be recognized that sooner or later there would be a big demand for skilled workers, and pointing out too that there was a great number of younger men who were then unemployed-and after all you should be able to train them better than the older men-and they were asked how about preparing for this demand before it actually came. We sent them a simple questionnaire consisting of three questions, and I should like to tell the committee what the result of that was, without any prejudice. The first question was-and do not forget that the questionnaire was sent to almost every manufacturing business right across Canada: Do you find that in your business you are facing a shortage of skilled labour? We made a composite answer of the replies received, and the composite answer was yes. They did not say that they had a shortage at that time, but rather that they were facing a possible Shortage of skilled labour.
The second question was: Do you not think that something should be done in the form of training to prepare for the inevitable demand for skilled workers, which by your own admission you anticipate? The composite answer to that was yes, we do.

Unemployment Relief-Mr. Chambers
The third question was: Do you think that the training should be done by you in your own business, and are you prepared to do it, or do you think it should be done by the government? The composite answer of the manufacturers to whom the hon. member for St. Paul's has referred was: No, we should not do it ourselves, and no, it certainly should not be done by the government. That is a matter of record.
Although it is of little use to refer to these things, when one considers that the labour problem in the manufacture throughout Canada of equipment necessary to the war effort is largely going to be a matter of quickly adapting more or less skilled labour to mass production, I do not think the question is entirely irrelevant.
The hon. member for Peel asked why it was that in view of the large amount of war orders that have been placed in Canada there should be at the end of April a large number of persons still receiving public assistance. May I run very briefly over the unemployment situation in each province since the war broke out.
At the present time in Nova Scotia the relief figures reflect an improvement in employment. The total numbers of employable persons on relief have been reduced by between 60 and 70 per cent of the number in the previous year. In Prince Edward Island the relief totals since January have been higher than those of a year ago, owing to a change in the loan policy which has officially added 950 fishermen to the relief rolls because assistance was given in the form of loans. That is not necessarily relief. In the province from which the hon. leader of the opposition (Mr. Hanson) comes, I know that it will be a source of great pride to him to know that there have been no registered persons on relief for some time past.