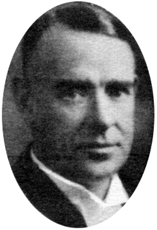 This is a bill to amend the charter of the British Columbia Telephone company, which was granted in 1916. At thac time the company, having a dominion charter, brought together practically all the telephone operations of the province, with the exception of the Okanagan valley. At that time there were some 39,000 telephone services in the province. A capital of $10,000,000 was provided in the twenty-five year interval, the company having absorbed all available capital. The services which were temporarily delayed during the depression have now recovered and a demand is being created in the province for new services at the rate of about 5,000 to
6,000 a year. The cost of the installation of such services runs from $1,000,000 to $1,250,000 a year.
The situation is that if the company is to meet the demands for new services it must have the power to increase its existing capital.
229S

British Columbia Telephone Company
The bill provides that the company shall have the power to apply from time to time to the board of transport commissioners for the right to issue new capital. Under its present powers this board has the right to set the terms, the amount and the conditions under which such issue may be put forth, should it be authorized. The public institutions primarily connected with this service are the cities and municipalities of the province, particularly the city of Vancouver. The matter has been placed before the city council of Vancouver and before the union of municipalities of the province of British Columbia. With the stipulation that they will have the right to be heard when any application is made to the board of transport commissioners for an increase in the capital issued, no objection has been raised to the amendment proposed. The matter has come before the finance department and the department of taxation, and no objection has been raised in these quarters provided they are given the right to appear before the board.
I should like to make it clear that this amendment does not authorize an increase in the company's capital by another $10,000,000; it merely authorizes the company to make application from time to time to the board of transport commissioners as new capital issues are required to sustain the progress of its service.
There are some other minor changes to be made. The increase in the board of directors from nine to eleven is proportionate to the increase in the company's business. There is an amendment providing for the redemption of the preferred shares. The fact is that the preferred shares issued already by the company were issued in the terms of a contract which is redeemable. Technically the powers which the company enjoys under its present charter do not permit them to carry out the terms of that contract.
There is a provision to permit the company to enter certain realms of modern communication activities. The operations of this company in British Columbia are provincewide. They supply to the radio services the communications which exist for broadcasting between communities. In addition the company has kept abreast of the times and has supplied the Pacific coast of British Columbia with a radiotelephone service. This is used not only by the logging and tugboat industries, but in a great many other places where it is not possible to lay a telephone line.
I had understood the first reading of this bill would go through automatically and that an explanation could be given on its second reading. I was not prepared to-day to do

more than recall what memory I had of the matter. If there are any other questions to be asked I shall be glad to answer them.
Motion agreed to and bill read the first time.