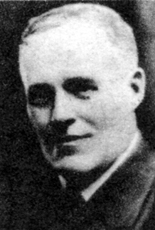 Because I will not have an opportunity again at this session, I want to refer to a matter that I think will be of interest to most hon. members. As some of you are aware, the Brandon Wheat Kings hockey team, junior champions of western Canada, are now playing a seven-game series with the Royals of Montreal, junior champions of eastern Canada. The result of these games will decide the Canadian junior championship. Perhaps I should explain to some of the older men who have quit the game that we now consider a player eligible for junior rank who has not passed the age of twenty at the beginning of November of the particular hockey season. That does not mean that a junior team is composed of a bunch of small boys. On the contrary, I am told that the average weight of the Wheat Kings is 175 pounds.
This is the record of their performance to date. This season they have played fifty-seven games, of which they have lost only ten. They have scored 294 goals, and have had only 155 scored against them. I doubt if in the annals of Canadian hockey there is a more impressive performance. I believe it is a record that might very well find a place on the pages of Hansard. I wish to extend congratulations to every player on the team, to the executive, and to their efficient coach, Bill Mackenzie.