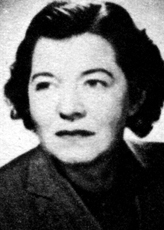 believe this bill, Mr. Speaker, No. C-92, an act to amend the Criminal Code in respect to capital punishment, and the debates that led up to it have shown parliament at its best. In his fine speech during the presentation of Bill No. C-92, the Minister of Justice (Mr. Fulton) gave due credit to the private members who introduced various bills on the subject of capital punishment. I believe that the debates we had in this house last year were good for parliament and good for the country as a whole.
I know that hon. members received, as I did, many letters from the constituents and from people outside our constituencies indicating that the debates crystallized their own thinking as they did our thinking. I received one letter from a lawyer in Prince George, British Columbia. He had this to say, and I thought it was pertinent:
As a practising lawyer, I believe most sincerely that capital punishment degrades and tarnishes the whole administration of justice. It places on judges, jurors and counsel alike, an unbearable strain. It engenders sympathy for the very last man for whom sympathy should be felt-the accused man himself. .
I am an abolitionist, Mr. Speaker, when it comes to capital punishment. I do not believe the taking of life by the courts is a deterrent to murder. I do not believe it is morally right that a man or a group of men should be given the power to take life. I believe hanging is a