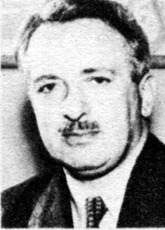 I wonder if I could ask Your Honour whether it would be in order for a member at this time to move a motion granting permission to the hon. member for Yukon, the Prime Minister, the Minister of Justice and the Postmaster General to appear before the Dorion commission and give such evidence as they think would be useful. The hon. member for Greenwood has drafted such a motion, and I would be prepared to second such a motion if it were moved.

You mean a squeak, not a peep.

I believe they paid a price for it.