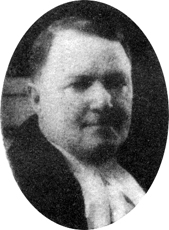 That such part of the fourth report of the standing committee on miscellaneous private bills, relating to Bill No. 71, for the relief of Zdenka Pauline Otillie Josefine von Ehren-feld-Pop Drummond, otherwise known as Yvonne Drummond, as presented to the house to-day, he now concurred in.

That the standing committee on miscellaneous

rivate bills be granted leave to sit while the

I beg to move:

That, for the remainder of the session, all private bills from the senate, when received from that house, shall be deemed to have been read the first time and ordered for second reading, and that standing order 105 respecting the posting of bills be suspended in relation thereto.

1. What is the total amount owing at this date on the loan made by the government of Canada to Roumania, under order in council P.C. 690, April 2, 1919?

Interest payments from October 1, 1933 to 1938 are being made on a reduced scale under a plan proposed by Roumania and recommended to investors by the council of foreign bondholders and accepted by the government of Canada.

That the standing committee on miscellaneous private bills be given leave to sit while the house is sitting.

Motion agreed to on division.

Topic:   BUSINESS OF THE HOUSE
Subtopic:   SITTINGS OF COMMITTEES WHILE HOUSE IN SESSION
Full View Permalink