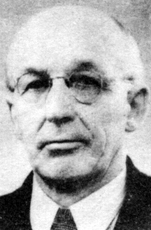 I enter this debate, Mr. Speaker, for one purpose only, and I do not propose to occupy the time of the house for more than five minutes. One particular phase of administration to which I should like to refer for a moment is the administration of the health and hospital assistance program by the Department of National Health and Welfare.

When the estimates providing for this program were before this house on June 30 last year, the Minister of National Health and Welfare stated, as recorded on page 6175 of Hansard:

Let no one minimize the importance of this program; for whatever one may say, it is a program of the greatest significance. My remarks now are made in the knowledge that hon. members are prepared to deal with the steps to be taken by parliament to ease the burden of human suffering caused by disease, and all in this house act in this matter of national health in a spirit of nonpolitical interest. Of that I have no doubt.

This statement from the minister of the department, that the approach to this problem was nonpolitical, was most gratifying, I am sure, to all members of this house and as well to the people of this country, who after all are paying the costs of the program and rightfully expect it to be administered independently of politics.

The minister, during his speech at that time, made clear the basis upon which the health assistance program was to be administered, when he stated, as recorded at page 6177 of Hansard:

The program we are launching today is one of great importance to the people of Canada. We are approaching our role in a spirit of collaboration with those jurisdictions in our country that have direct legal responsibility in the field of health.

Later on in the same debate the minister was asked the following question, as reported at page 6179 of Hansard:

I should like to ask the minister what provision is made for the removal of debris from the canals. I am now drawing attention to a condition in the Trent canal near the village of Frankford, directly in front of dam No. 6. A large amount of debris, presumably stone, covering an area of half an acre or more, has been deposited in the river, causing the main current of the stream to turn to the west and run over private property, damaging good garden land, the owner of which is not very well pleased. It seems to me that it would not be very hard to remove this material, because it is all loose. It was deposited there during high water. Probably the stone was raised up by frost and brought down, and it has been left in the middle of the stream in front of the dam.

I found it rather peculiar at the time; but the owner of the land is a responsible resident of the village of Frankford, and I would have every confidence in anything he told me.

Just in that connection, the man who owns the land told me, after I had been in consultation with the minister, that some official of the department came there and wanted him to sell his land. That official did not say anything about improving the condition.

1. Has any report been made to the Post Office Department regarding a large number of post office boxes being out of order in Deseronto post office?

2. If so, what steps are being taken to remedy this situation?

3. Is the department going to furnish more boxes for this office?