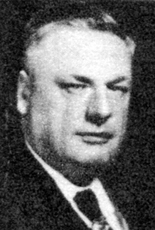 With regard to these undistributed balances, the main thing I see is that under my suggestion the capital stays intact. You use only the interest. I cannot

see why anyone should have anything to say with respect to this money. It does not belong to anybody. If it did, then the right and proper thing would be to have it go to the treasury. We want to prevent it from going there. Another government might say that it does not belong to anybody; it belongs to the government, and nobody can claim it. My suggestion is that this money be invested in government bonds and that the interest be used for the benefit of the boys and girls of western Canada, to help them get an education.

This money is not really under the control of the government. The government has one thing to do with it, really, namely to put it in the treasury. We do not agree with that. As long as this board exists there will be money of that description. If that fund is there it can be added to and the interest could be used, and we would not need to interfere with any other pool money.

I should like to direct a question to the Minister of Trade and Commerce. In view of press statements of yesterday and today that the negotiations regarding the international wheat agreement have broken down, is the minister prepared to make a statement?

Mr. Speaker, there is not an atom of truth in them.