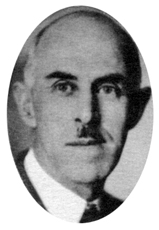 Most Recent Speeches (Page 1 of 8)

We can take it.

A rule that is honoured in the breach.

That did not justify the hon. member for Kamloops making reflections on the members on this side of the house, men who had sons overseas as well as you did.

Is that what you have always said?

Topic:   THE WAR
Subtopic:   TOLICY OF THE GOVERNMENT IN MAINTAINING
Full View Permalink