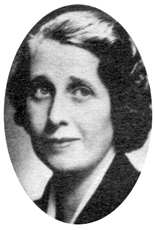 I certainly was in the house on that day. If the date has escaped the minister it was March 4, and I was shocked to read what the minister had placed on the record. I am sure that is not what the minister wants, nor is it what his departmental officials want. Because what he read into the record on that day was this, that the extent of the consultation will be that the terms and provisions of a fait accompli, of an agreement which had been executed between the two governments would be explained-explained, mind you- to the Eskimo people. That is what the minister said, and if that is consultation, I fail to appreciate how the rights of these people are

being protected. I fail to see how that statement of March 4 can be reconciled with what the minister said on December 16.

I am taking the whole

The C.C.F. gets itself

muddled up over these things, and it greatly adds to the confusion of the Canadian people at a time like this when they should be so united in support of the efforts of these three great men. Taking the whole speech of the leader of the C.C.F. I feel that to the rank and file of his party it must prove as disappointing as it was to any of the rest of us in this house. All the way through it, while he seems anxious to, well, praise, shall we say, really he damns the conference with faint praise.

1. What is the text of the Haldimand treaty under^ the terms of which the people of the Six Nations Indians were settled on territory on each side of the Grand river in Ontario?

Let us go a little carefully on this matter.