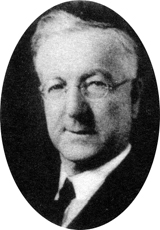 In the estimates too each year they are brought before parliament-added at the end of the supplementary estimates.

The chairman then inquired if section 28 would carry. The opposition was satisfied that these would come before parliament; that was the extent of the debate on the amendment to section 28 at that time, and it was carried without further discussion.

The Minister of Finance, as he indicated in the debate that took place on February 1, the day the last parliament was dissolved, suggested that this change concerning the matter of publication in the Canada Gazette was going to be the extent of his responsibility with respect to governor general's warrants. Hon. members who were not in the house at that time may not be familiar with the fact that there were two governor general's warrants issued after the election of 1957. As I have indicated, this did not please hon. members of this house who were familiar with the practice of this parliament, nor was it satisfactory to people across the country who felt this was indeed a new and drastic departure and something for which the government should be rebuked.

decision of the two ministers at that time. The Victoria Daily Times on March 6, 1958, had this to say:

It seems incredible, but when the Diefenbaker government was asked, in the closing hours of the last parliament, whether it would submit its warrants to the next parliament it replied that it would not.

This official announcement was made on February 1 by Mr. Davie Fulton, Minister of Justice, and Mr. Donald Fleming, Minister of Finance.

They said the government would adhere strictly and narrowly to the letter of the law. The law does not require the government to do more than publish its warrants in the Canada Gazette and this the present government intended to do.

As I say, this was typical of the comment made. I am not going to read other comment in a similar vein, but an election campaign was on. I wonder now whether we would have this legislation if the government had been elected with the present majority in the election of 1957. In any event, an election campaign was on, and the Prime Minister was sensitive to the impropriety of this stand that had been taken by the minister. He announced that if he were prime minister in the new parliament he would reverse this decision, and any warrants that were issued by the existing administration would be submitted to the subsequent session of parliament. This, of course, received a fair amount of favourable comment as the original decision received unfavourable comment. The Halifax Chronicle-Herald of April 30 had this to say regarding the Prime Minister's decision:

This is good. The expenditure of public funds through governor general's warrant without subsequent parliamentary approval, as was done early this year, was unprecedented and, for many Canadians who jealously guard parliament's rights, it must have been a bit disturbing. They will now feel better with the knowledge that the manner in which these funds were spent is to be given special scrutiny.

In introducing the resolution the minister is reported at page 2823 of Hansard as saying that he felt this amendment had to come forward because the wording of the act, that has remained virtually unchanged since provision for the use of special warrants was made shortly after confederation, has been found in some respects to be lacking in clarity. How different is that face-saving statement made in introducing this legislation from the stand he took on February 1, 1958, as reported at page 4185 of Hansard,

when he said this when we were criticizing him for departing from the practice of giving an opportunity in supply for debate on governor general's warrants:

It is crystal clear that when that governor general's warrant was issued by order in council last summer it had, by the force of a statute, the Financial Administration Act, the quality of an appropriation, an appropriation in that respect having the same legal effect as an appropriation by an item in the appropriation bill passed by this parliament.

I remind the house of the debate in the public accounts committee when the Financial Administration Act was last amended, and the assurance of the deputy minister of finance that there was no intention of changing the practice of bringing those items into the book of estimates.

When we assembled this morning, Mr. Speaker, and before the orders of the day were called, the Minister of Finance tabled a very comprehensive document consisting of 69 pages, with respect to the resolution that also appears on the order paper dealing with the governor general's warrants of 1957-58. This document contains the type of detail that we usually find in our book of estimates. Presumably, probably this afternoon, we are going to be called upon to debate the resolution to which this extensive document relates. I protest, Mr. Speaker, at the lack of consideration of the Minister of Finance in providing this detail at such a late stage in the session.

No, there are three or four sections which have been added. I called attention yesterday to them. No. 3 will require the governor in council to publish the warrant in the Canada Gazette within thirty days after the issue of a warrant.

That was new. The present minister of Justice then asked the following question:

Does this mean that a mortgage already adjusted under the Farmers' Creditors Arrangement Act may be adjusted again under this act?

Is it fair that a mortgage which has been adjusted already should be adjusted again?