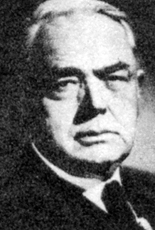 The Fraser river valley, of course. There has been a continuous change in the value of the forest products of this country. Only a few years ago the timber in northern Ontario was regarded as having no commercial value. I can remember when the timber along the Canadian National Railways was not regarded as having any commercial value. Yet within one's lifetime there has been developed one of the greatest pulpwood mills in the world, and it is utilizing timber products which at one time were considered to have no value. This goes on all over the country.

Up in the Peace river country, some of which is in the constituency which I represent, there are stands of trees suitable for saw mill manufacture and possibly the greatest reserves of pulpwood available in this country are to be found along the Peace, Finlay and Mackenzie rivers. There is no doubt that this measure is of the utmost importance to the Dominion of Canada.

I should like to add a word of commendation of this resolution. As the hon. member for Fort William (Mr. Mclvor) has said, the prospector is almost the forgotten man. There is a way in which we can assist him without paying a direct subsidy, although, as has been suggested by the hon. member for Yukon-Mackenzie River (Mr. Simmons), a $500 cash donation to him for a year would be good. It would also be good to provide him with drills, implements and equipment for carrying on the search for minerals. But I suggest to the government that there is a still better way of assisting prospectors-that is by extending the roads and trails into these new mineral areas, and by extending railway services to areas which give great promise of production.

A former member for Cariboo, Hon. J. Gray Turgeon, was a progressive man who has done a good deal to assist the prospector. Before the last war he was in some measure responsible for securing a grant for certain roads north of Prince George and out in the direction of Fort St. James. These roads were used by the prospectors, also by settlers going into that part of the country, and by operators of saw mills as well. But the great pay-off for the construction of the Turgeon highway up beyond Fort St. James was the development of the greatest mercury mine that was ever found on this continent-at Pinchi lake, and there was another at Takla lake-from which came great production during the war period. The discovery of that mine, and its operation, made it possible for the allies to have their own supply of that precious and critical war metal, and made us

Assistance to Prospectors wholly independent of Franco in Spain, and of the Italians, who at that time had a monopoly of the production of mercury on the continent of Europe. If we extend the roads here and there, particularly in that great northwestern country, we shall do something to assist not only the prospectors but the settlement of those communities generally.

I have another example from the Peace river country, and it has to do with the coal mines at Hudson Hope, which now lie roughly 125 miles from the end of steel. Prospectors went in there in the early days and developed this coal. It has been said that the coal in this area is next in value as fuel to the anthracite coal from the Lackawanna valley of Pennsylvania. It is no exaggeration to say that there are mountains of it lying at Hudson Hope; and for confirmation of anything I say in this regard I would refer hon. members to the records of the geological survey branch at Ottawa.

A friend of mine, Mr. Neil Gething, has been in there for more than forty years. This man was trained at Ann Arbor, Michigan, as a geologist, and is a university man. He went in there far ahead of civilization and discovered these vast quantities of semianthracite coal. He has been in there for more than forty years, and is much poorer than he was when he went in. Yet at eighty-five years of age he is still an inspiration to the younger men of the Peace river country and other areas in that part of Canada. He has under his control vast quantities of this magnificent coal, and it requires only an extension from Hines Creek, Alberta, of the Northern Alberta Railways, to make that coal available not only to that part of British Columbia but also to central Canada, including the people of Ontario.

If we wish to make our dollar ring true on the counters of the world, and not have it at a discount, let us develop these great latent resources, and let us take sensible measures such as that advanced by the hon. member for Fort William. Let us support the prospector and thus build up this great mining industry in Canada.

For a great length of time on the Pacific the question of rates has been a problem. The Pacific coast of Canada is practically cut off by high rates from the coast of China, and from other countries on that side of the Pacific. I believe it would be a good investment for Canada if the minister could assure us that he will be able to reduce the commercial rates on the Pacific to a basis where they will be equal to those on the Atlantic. I refer more particularly to a reduction of rates on press messages. Today we hear a great deal about the iron curtain. Our newspaper friends in Canada are unable to penetrate beyond the iron curtain. The high rates existing on press messages on the Pacific are contributing to the security of the iron curtain. If we are to have prosperity on the Pacific we must be in close touch with business houses on the other side. If we are to have peace in the world the people of Canada should be daily in touch with the p'olitical and military events in Asia, and they can be in touch with them only if we have low rates for cable and wireless on the Pacific.